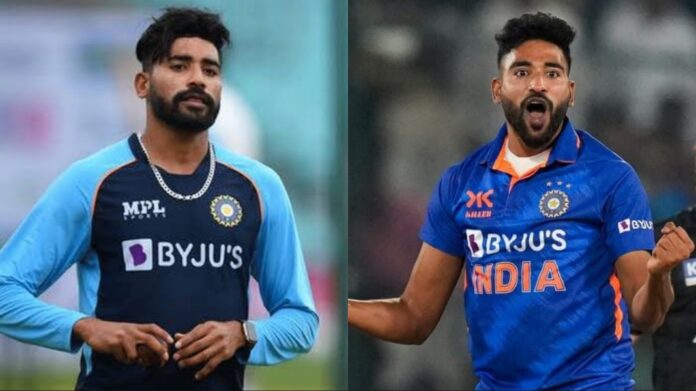 Achieving the world number one ranking in the ICC Ranking is the dream of every cricketer. The International Cricket Council ranks the best-performing cricketers from different parts of the world based on their performances in the three formats of the game.

One of the most-followed formats of cricket is the One-day international format. In that format, each team gets a chance to bat for 50 overs each. It is relatively tougher for bowlers to achieve success in this format, but quite a few bowlers have bagged heaps of wickets in the ODI format for their respective nations.

As mentioned ahead, every bowler dreams to become world number one in ICC Rankings. However, it is not everyone’s cup of tea. In the Indian cricket history, only three pacers have accomplished the feat. Here’s a list of the three names:

1. Mohammed Siraj is new no.1 in ICC Ranking

The International Cricket Council released the latest rankings for ODI format earlier today, where Indian fast bowler Mohammed Siraj secured the top spot. Siraj made his debut back in 2019, but he played only one match until the start of 2022.

Siraj made a comeback to the team in 2022 and has been in phenomenal form of late. His stupendous performances in the recent series against Sri Lanka and New Zealand have taken him to the top of the rankings.

Current Indian cricket team fast bowler Jasprit Bumrah also achieved this feat. Bumrah was the go-to bowler for India once upon a time, but he has missed many matches due to injuries of late. Fans are hoping that he is fit in time for the 2023 World Cup.

Indian Pacers to become No.1 in ODI

Kapil Dev was the first Indian fast bowler to attain the number one position in the ODI Rankings for bowlers. The all-rounder was one of the greatest bowlers of his time, and he played a vital role in India’s 1983 World Cup.