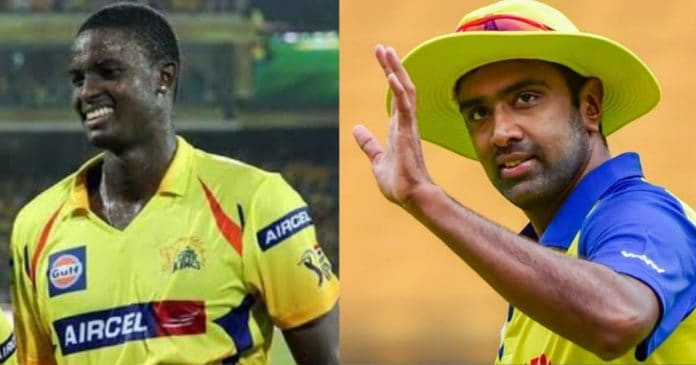 Chennai Super Kings will head into the 2022 edition of the Indian Premier League as the defending champions. CSK have declared their player retention list for IPL 2022. MS Dhoni and Co. silenced their critics in 2021 by winning the championship. They beat the Kolkata Knight Riders in the IPL 2021 Final and became the second team after the Mumbai Indians to win the IPL championship more than three times.

CSK have kept MS Dhoni, Ravindra Jadeja, Ruturaj Gaikwad and Moeen Ali in their IPL 2022 squad before the mega auction. They released some of their biggest names like Faf du Plessis, Suresh Raina, Dwayne Bravo, Deepak Chahar, Shardul Thakur, Josh Hazlewood, Imran Tahir, Robin Uthappa, Ambati Rayudu and others. CSK have clarified that they will try to sign most of their released players in the IPL 2022 Mega Auction.

Apart from that, fans could also see the following five players in the Chennai Super Kings jersey once again for the first time in five or more years’ time.

West Indian all-rounder Jason Holder performed exceptionally well for the Sunrisers Hyderabad team in the last two IPL seasons. However, the Orange Army did not retain him before the mega auction.

Holder could now return to the Chennai Super Kings which was his first IPL team. The all-rounder played six games for CSK, where he picked up two wickets in 20 overs. CSK love all-rounders, and Holder could be an addition to the list.

2. Ravichandran Ashwin could return to CSK in IPL 2022

Indian all-rounder Ravichandran Ashwin has revived his white-ball career by playing well for the Delhi Capitals in the last two seasons. Ashwin represented India in the 2021 ICC T20 World Cup.

DC have released him before the mega-auction, meaning Ashwin could come back to his first IPL team. Ashwin played 97 matches for CSK, scoring 190 runs and picking up 90 wickets.

Experienced New Zealand pacer Tim Southee is another star player who kicked off his IPL career in the Chennai Super Kings colors. Southee played five matches for CSK, where he took four wickets.

The right-arm pacer went unsold in the IPL 2021 Auction. But he came back to the tournament and played for the Kolkata Knight Riders as a replacement for Pat Cummins.

The most expensive player in IPL Auction’s history, Chris Morris could not justify his massive price tag of INR 16.25 crore for the Rajasthan Royals. As a result, RR have not retained him.

Wriddhiman Saha does not play white-ball cricket for India, but he is a regular in Test cricket. He has a lot of experience under his belt.

CSK have always backed the experienced stars, and it should not be a surprise if they sign Saha as a back-up wicket-keeping option for IPL 2022. The right-handed batter could even open the innings for the side. In the past, he played 14 matches for Chennai, aggregating 144 runs.