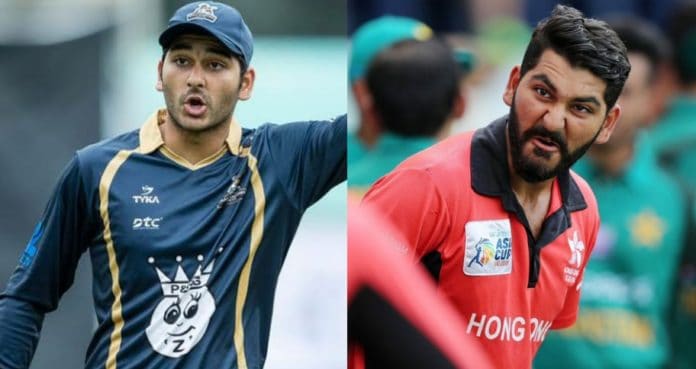 ICC T20 World Cup events generally happen once in every two or four years. However, because of the COVID-19 pandemic, the fans have not been able to witness a T20 World Cup in the last five years. The last edition of the ICC T20 World Cup happened in the year 2016, where the West Indies team beat England to win the trophy.

India hosted the ICC T20 World Cup for the first time, and many cities across the country played host to the World Cup games. India, New Zealand, England and West Indies were the four semifinalists. Hosts India lost only twice in the tournament. They lost their tourney opener against the Kiwis and then the semifinals against the Men in Maroon.

Many fans would remember the epic India vs Bangladesh match and the memorable knock played by Virat Kohli in the match against Australia. However, in this listicle today, we will look at five such events and facts from the previous T20 World Cup that only a few fans would remember.

Manish Pandey made his T20 international debut against the Zimbabwean cricket team in 2015. He played a few games for the country but could not cement his place in the playing XI before the ICC T20 World Cup.

As a result, the selectors did not pick him in the original squad for the tournament. However, Pandey later joined the Indian squad for the semifinals as experienced all-rounder Yuvraj Singh was ruled out because of an injury.

Virat Kohli was in the form of his life during the 2016 season. He was one the main reasons behind India’s Top 2 finish in the group stage. Kohli scored 273 runs in five matches of the ICC T20 World Cup that year.

Not many members of the cricket universe would remember that only one batsman scored more runs than Kohli in that tournament, and he was Tamim Iqbal. Tamim was the highest run-scorer in the competition, with 295 runs to his name in six matches.

3. Mohammad Nabi and Rashid Khan were the highest wicket-takers

Afghanistan played their maiden ICC T20 World Cup in the year 2010. Just six years later, two players from the Afghanistan team ended the global event as the most successful bowlers of the competition.

The conditions in India favor spin. Hence, Rashid Khan and Mohammad Nabi enjoyed themselves during the ICC T20 World Cup. While Nabi was the highest wicket-taker with 12 wickets to his name, Rashid scalped 11 wickets in seven matches.

Anushman Rath is currently trying his best to earn a place in the Indian cricket team. However, five years ago, Rath came to India to represent Hong Kong.

He was a part of the Hong Kong squad in the global event. In 2018, Anshuman captained the Hong Kong team in a match against India during Asia Cup.

5. Afghanistan was the only team to defeat champions West Indies

The West Indies team performed at its best in the ICC T20 World Cup 2016. The Caribbean side defeated England twice and also recorded wins over South Africa, India and Sri Lanka.

They suffered only one defeat in the tournament and it was against Afghanistan. The Afghans defeated Windies by six runs. Najibullah Zadran was adjudged the Man of the Match for his innings of 48 runs.