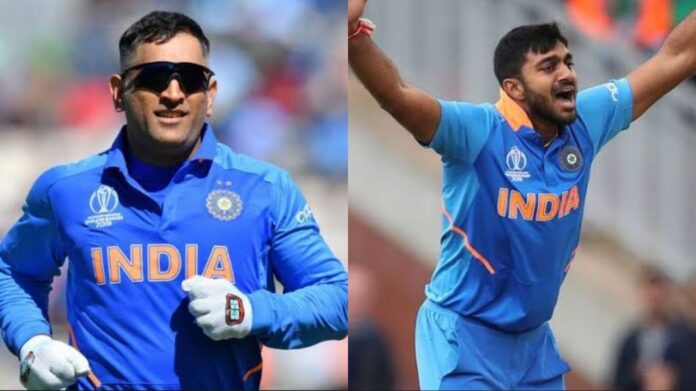 India will host the 2023 World Cup later this year. The Men in Blue finished at the top of the points table in the previous World Cup which happened in 2019. However, India lost to New Zealand in the semifinals and crashed out of the mega event.

Four years later, India will aim to win the World Cup on home soil. The Indian team has undergone some big changes after the 2019 World Cup. Here’s a list of seven players who represented India in the 2019 WC but may not feature in the upcoming World Cup.

MS Dhoni is guaranteed not to be a part of the 2023 World Cup. The former Indian captain announced retirement in 2020, with the semifinal against New Zealand proving to be his last match.

Vijay Shankar was the ‘3D’ all-rounder of the Indian squad in that mega event. He has lost his place in the ODI format now and is unlikely to make a comeback.

Veteran Indian opener Shikhar Dhawan scored 125 runs in two matches of the 2019 World Cup. Dhawan was a part of the ODI squad until 2022 but he is no longer in the squad now.

Kedar Jadhav is another experienced player who has lost his place in the ODI side. Jadhav played six matches in the 2019 WC, scoring 80 runs.

Wicket-keeper batter Dinesh Karthik scored 14 runs in three matches of the 2019 WC. He played in the 2022 T20 World Cup but is unlikely to play in the next WC.

Rishabh Pant joined India’s squad as a replacement in the 2019 WC. Pant had a brutal accident in December last year and is unlikely to be fit in time for the 2023 WC.