Home News Bangladesh vs Australia T20I series Live Streaming Details: When and where to... 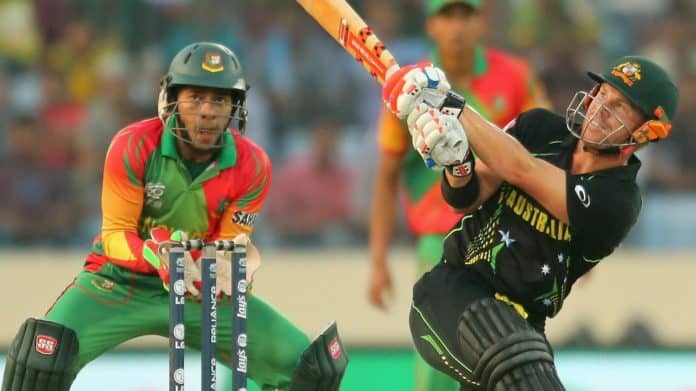 The Aussies were one of the favorites to win the ICC T20 World Cup 2020 at home. However, the tournament has been postponed to 2022. Later this year, the ICC T20 World Cup will take place in the United Arab Emirates. It is not confirmed yet if Australia will have a full-strength squad because of the travel restrictions.

The Bangladesh vs Australia series will allow the Aussies to try some new players. Even Bangladesh will get some much-needed match practice ahead of the ICC T20 World Cup. Interestingly, Bangladesh have not earned a direct spot in the Super 12 stage. They will have to play in the qualifying round with seven other teams.

Hence, the upcoming Bangladesh vs Australia T20I series is very crucial for both teams. The T20I series begins on August 3. The start time for all five matches is 5:30 PM IST (12:00 PM GMT, 6:00 PM Local Time). The five T20Is will happen on August 3, 4, 6, 7 and 9. Dhaka’s Shere Bangla National Stadium will play host to all five fixtures of the Bangladesh vs Australia series.

No live telecast of Bangladesh vs Australia T20I series in India