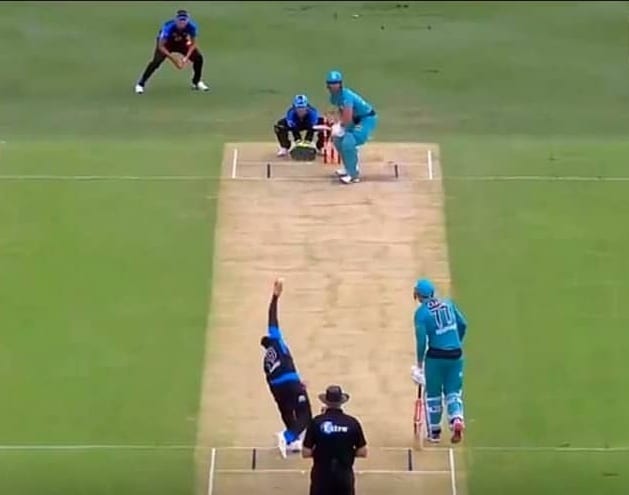 Ab Devillers is a part of the Brisbane heat from the start of the season. The Brisbane franchise has very explosive opening batsmans like tom bantom and chris lynn. Ben cutting used to do the finisher role. But the team js lack of middle order batsmans. As devillers is absent they can’t find a better batsman as an alternative. They managed to get 5 wins in their 9 games.

Meanwhile Ab Devillers joined to the team in 36 th match of this season. Which made the team stronger than ever. Even though it was considered as comeback game for mr. 360degree batsman after retirement from international cricket. He didn’t considered as a one. He opened the account with a smashing four to covers on Rashid khan’s over. Every batsman whenever face the first ball always gets on the pressure unless he is AB de Villiers.

As chasing a target of 111 Brisbane heat lost two quick wickets initially but it didn’t affect abd as he played his own shots. He ensured the win by hitting 40 runs in 32 balls . Amidst all, the cracking shot in the very first ball has won the hearts of millions of fans around the world. The official twitter handle of the Big Bash League has shared the video of the incident. They have shared the video with the caption, “Crack! The beautiful sound of bat on ball as AB de Villiers crunches a boundary on his very first ball.

As Brisbane bowled out horbart hurricanes for 110 pattison is rewarded as man of the match for his 5 wicket haul . Brisbane heat chased down the target in 15.2 overs with 7 wickets in hand.

Crack! The beautiful sound of bat on ball as AB de Villiers crunches a boundary on his very first ball #BBL09 pic.twitter.com/PfkxO4ExKm