Home Facts Explained: Why Is It Tough To Face The New Ball In Cricket? 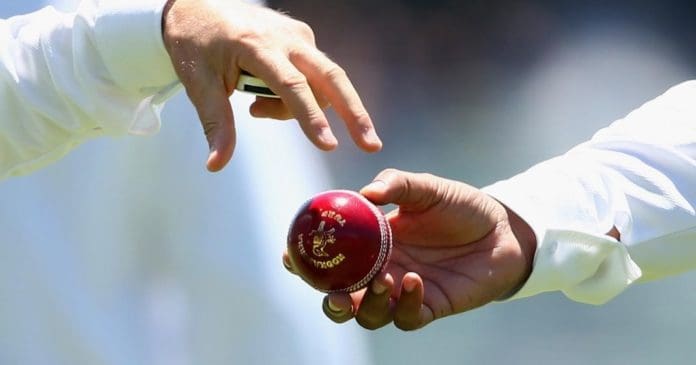 While it is more of a subplot in a Test match, even in limited-overs cricket, due attention is given to the new ball, both by the batting and the fielding units. One of the many unwritten conventions is that for a batsman, it is tough to face the new ball in cricket. We take a look at the reason for this in this article.

One of the challenges in the game

Batting against a new ball goes into the planning meetings before almost every encounter. An opener is a batsman who must deal with it, and he possesses the specialisation and experience to do it. In case he gets out early, the player coming in at No.3 must be equally equipped to tackle the situation.

Most of the matches get decided on how teams play out the new ball. If there is a mistake, the middle-order could get exposed to the new cherry and this might spell doom for the batting order. Of course, in a Test match, after 80 overs, another new ball comes in, and here as we, it has to be dealt with. There is a reason why so much attention is given to the new ball. We talk about it in the below heading.

It is tough to face the new ball in cricket

A new ball is hard, and hence, it gets more speed and bounce off the pitch. The seam is new, and there is shine on the ball, which helps in its movement in the air. A ball that is moving faster and having the potential of swinging both ways is a difficult proposition for any batter.

There are added difficulties due to the condition of the pitch and the quality of the bowler. At the start of an encounter, a batsman will be wary that his wicket will be important. Else, his team could get into trouble. This will also play at the back of his mind. All of this makes the new ball difficult to face.

Explained: The Funny Reason Behind Virender Sehwag Wearing A Numberless Jersey In The Final Years Of His Career