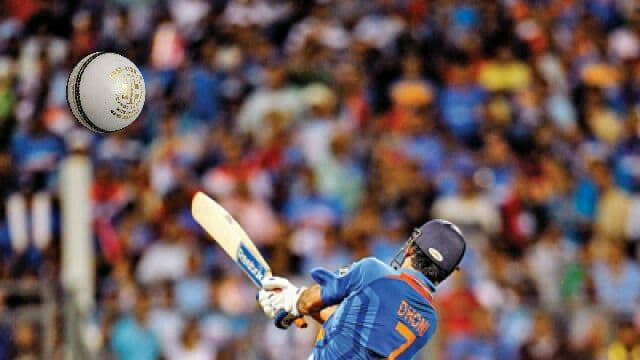 The world cup 2011 was a memorable campaign for the Indian team, as the Indian team won its world cup after 1983 and the first team to register WC victory in home soil. The first thing which comes to our mind after hearing WC final 2011 is the six from the Skipper Mahendra Singh Dhoni. Here is the small story about WC 2011 final ball & Ms Dhoni’s bat which was used in the 2011 world cup final.

According to the reports, the ball which was smacked by MS Dhoni over long on in the ICC world cup 2011 final was auctioned by ICC.Instead of keeping it as a memory ICC auctioned it. The amount fetched from the auction was spent for charity. Do you how much money was fetched on that ball?

The ball was sold at a whopping price of USD 47000 which equals 29, 93,571.00 Indian Rupees. The money fetched from the auction was donated to charity by ICC.

The autographed bats were priced was sold for 100,000 ($161,295)   pounds on July 18, 2011 which equals around 1 crore Indian Rupees. The bat entered the Guinness World Records and the Limca Book of Records & it becomes the most expensive cricket bat . Amit Bhagchandka, CEO of RK Global was bought this historical bat. 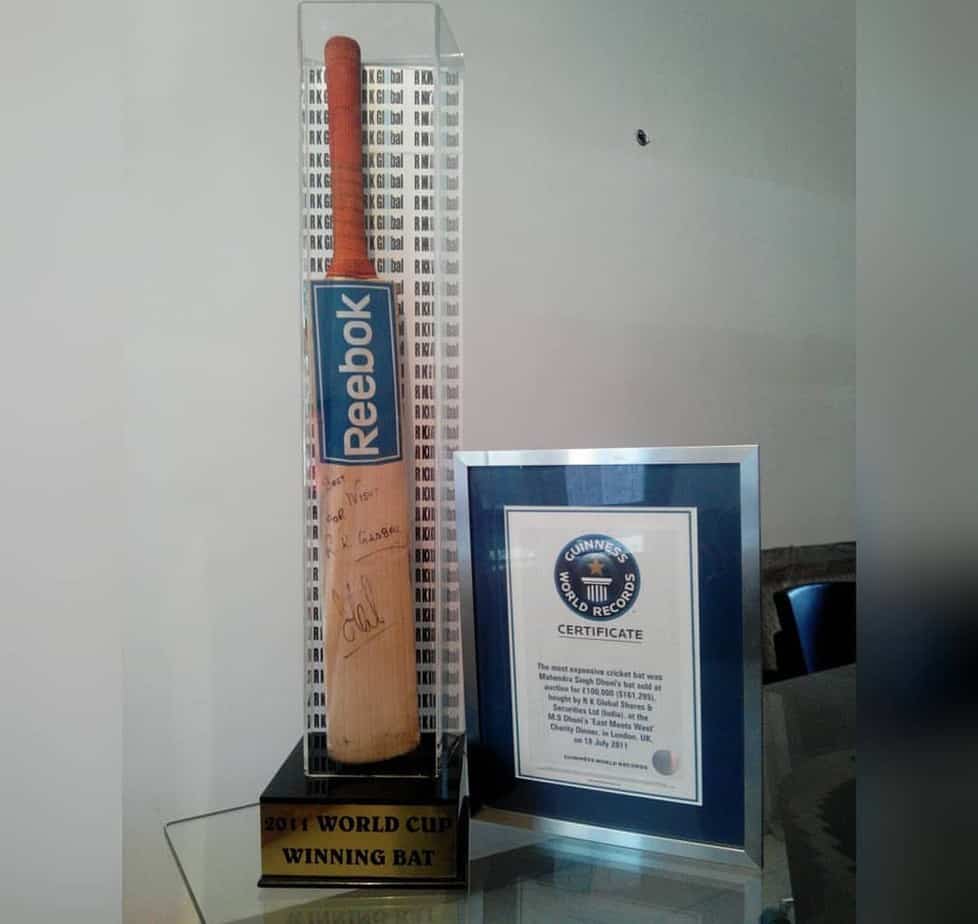 Some of the other equipment’s were also sold by ICC

Coin- The coin which was used for calling toss was also put in the auction and it was sold for huge amount of 25,600 USD around 11.8 lakhs in terms of the Indian rupee.

Lithograph- The lithograph signed by the Indian skipper (Dhoni) was sold at USD 199 which equals 13, 000 Indian rupees.

The auction of these memoranda’s reached very well and was appreciated by the people.