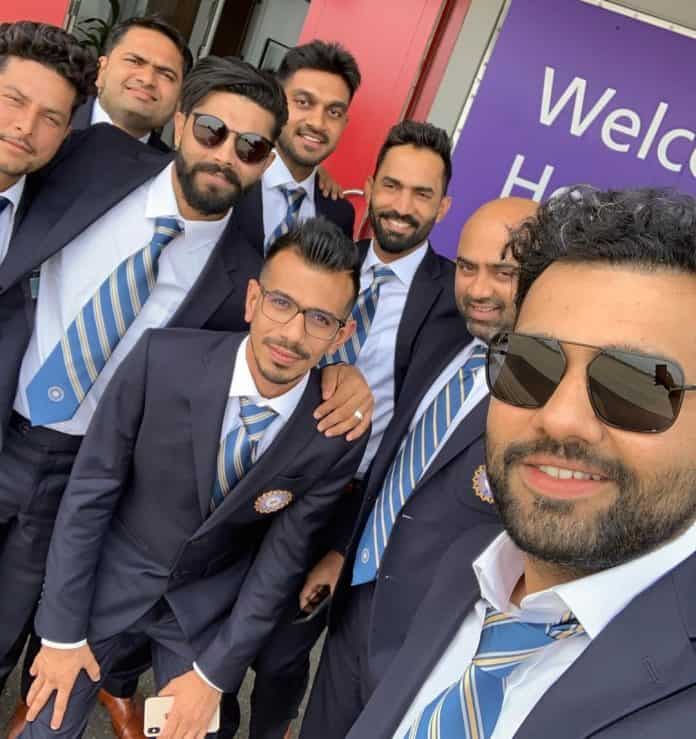 The Board of Cricket Council of India (BCCI)  which is the head body of the Cricket. The body is responsible for selecting the players both from the men as well women cricket team to choose the players from the crowd of young talented ones who decides to pursue their career in the cricket. The BCCI is fundamental body who organise the committee to decide which player will be the part of Indian Cricket Team and on the same way bifurcation of Team India into Team A and B, players are alloted to the team respective team according to the decision made by the   BCCI.It is solely the decision of BCCI to PR OK more a player from Team A to Team B depending on the basis of their performance intensity. The BCCI recently on Thursday announced the contract list for the session 2018-19 .

Obviously, the Indian Cricket Team consists of both elite as well as underrated players. BCCI has issued the list of the players. The name of few elite players included in the team involves Virat kohli who is currently the captain of the Indian cricket team and leading the team in the all the formats of the cricket. The second player is our very own hitman who has been in news for his consistent 5 centuries in the World Cup final. The man has been received a lot of acclaim after his performance in the cricket. The third elite  player who is included in the team is the India ‘ß very youngster fast pacer Jasprit Bumrah.

The first class opener for the Indian cricket team Shikhar Dhawan, who recently go evicted from the World Cup final due to the thumb injury got his return back in India vrs West Indies tour. Although the last two months seemed to be unwell for him and he wasn’t a part of Test set up. According to the decision of BCCI, this player who was consistent in his batting has demoted from the Team A+  to Team A.

India ‘ß seamless pacer Bhubneshwar Kumar who managed to gather  suitable number of wickets in his account but unfortunately wasn’t successful in conceding much runs of the opposition team. The player has been demoted from Team A+ to Team A.

.Rishabh used to play IPL from the Delhi Daredevils side, where he displayed brilliant performance after that he got a chance to play in various tours ,Test Matches of India and of course the World Cup 2019.In World Cup 2019 he did justice to the No 4 spot alloyed to hi

.This time he has been included Team A after being ignored last year.

Kuldeep Yadav played extremely well in the WC series. The way he played throughout the tournament was absolutely outstanding making all the Indian fans proud that he was a part of India ‘S World Cup Playing XI .This player is a India’s leading spinner in white ball cricket, he has got a good hand on it.

The unorthodox spinner has impressed the board with his stunning performance in IPL 2014 where played for the Kolkatta Knight Riders. Also, he went for West Indies tour which was won by India with 3-1 .He has to wait for at least for 2 and a half years for his international debut  and then there he was with his fire bowling performance. After watching the lustrous performance deliverd by him in the domestic as well as international cricket, he is now a part of India’s Team A, after a lot of struggles.

However players like Chetashwara Pinata who after delivering stupendous performance isn’t a part of Team A but instead he has begged his position in Team C. Similarly other players such as Axar Patel, Partiv Patel, Karin Nair have been dropped from the list and loose their respective positions. Mean while players like Hanuman Bihar and Kimberly Ahmed with their average performance graph have earned their spot in Grade C.

A total of 25 players are their in the lost. Vijay Shanker isn’t a part of any of the grades, he has been dismissed from all the three grades. While all rounder like Hardik Pandya have manged to spot their place.

Grade A+players who are gonna be paid with 7 crore :-

Indian Cricketers And Their Educational Qualifications