Home News Is pant went for dinner date with this bollywood actress before last... 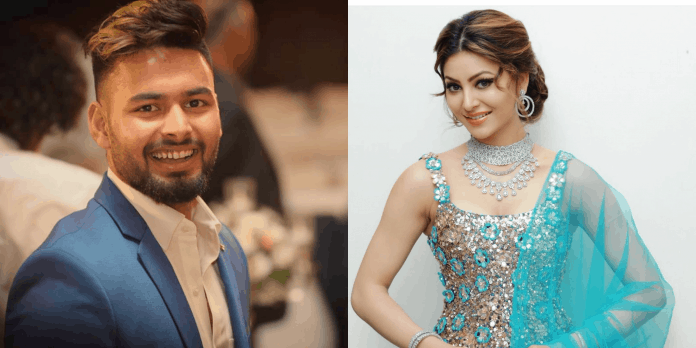 The hunt of the day is Rishab pant the young Indian wicket keeper batsman is dating a bollywood actress. The pant is not having a great time in the field. He is just a stylish southpaw playing some serious unorthodox shots. But due to his poor keeping skills and inconsistent performance he is always been criticised.

After ms dhoni took a rest from international cricket indian management choosed pant to replace him in all formats of the game. Intialy he played well in redball cricket scoring back to back nineties against windies and scoring hundred against England. Even better he scored 150 + against Aussies in their own backyard.
However the aggressive batsman continues to fail in shorter format. Despite his numbers in test cricket he played a valuable knock against West Indies scoring 18 off 9 balls by hitting two big sixes before leaving the ground he ensured the win. Even during second match he played a valuable 33 at a strike rate of 150 took india to a decent total. Any how in series decider he went back to pavilion without scoring a single digit. Where Indian captain scarified his position letting him to play the knock yet he failed to deliver.

Is pant went for dinner date with this bollywood actress before last match?

The Indian batsman always been criticised because he is selected against the likes of samson and Ishan kishan . By adding fuel to the fire he is seen with bollywood actress Urvashi Rautela according to the spotboye sources. The rumoured couples enjoying their dinner last night before india vs We’d Indies series decider. The dinner date was happened in estella mumbai.

Urvashi Rautela the nagini fame actress is active since 2013. After her performance in tv serials she is a leading actress in Indian cinema. She is known for her glamour and dance movements. Long back there is rumours going on that Indian all rounder is dating Urvashi but he is in serious relationship with Natasa Stankovic. Hope pant will show his fireworks in upcoming series.