Home News Kyle Jamieson explains why he did not register for IPL 2022 despite... 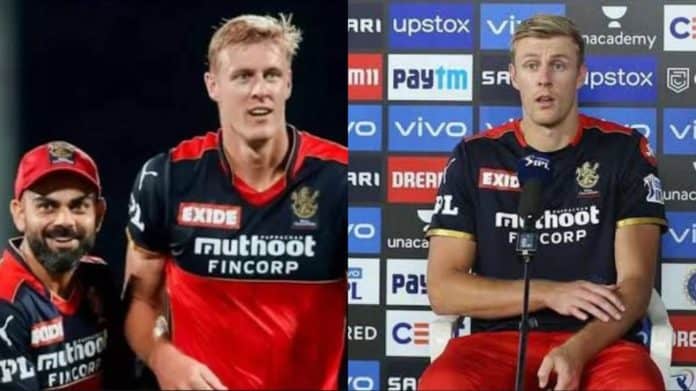 New Zealand cricket team’s star fast bowler Kyle Jamieson made his IPL debut last year for the Royal Challengers Bangalore. The Bangalore-based franchise roped him in for a whopping INR 15 crore at the IPL 2021 Mini Auction. Jamieson played only nine matches for RCB and took a massive INR 15 crore salary home. Still, the all-rounder has decided not to play in IPL 2022.

Jamieson came into the limelight during India’s New Zealand tour in 2020. He played in the ICC World Test Championship series between the two nations and troubled the best batters of the touring side. Soon after, he impressed everyone with his performance in white-ball cricket, leading to a INR 15 crore contract from the Royal Challengers Bangalore.

Fans had high expectations from the tall fast bowler when he first came to the IPL. However, Kyle Jamieson could not justify his massive price tag. He played nine games, scoring 65 runs at a strike rate of less than 120. In the bowling unit, he took nine wickets at an economy rate of 9.61.

Because of his average performance, the Royal Challengers Bangalore did not retain him ahead of the IPL 2022 Mega Auction. Interestingly, Jamieson did not register himself for the mega auction.

I actually need to spend time working on my game: Kyle Jamieson

Kyle Jamieson disclosed that living in bio-bubble was the primary reason behind skipping IPL. Also, he wished to focus more on his game instead of playing all time because he wants to play all three formats for New Zealand.

“I guess I didn’t really feel like I was where I wanted to be and if I want to compete for spots in the New Zealand sides moving forward across all three formats, I actually need to spend time working on my game and not just trying to play the whole time,” Jamieson was quoted as saying by Cricbuzz.