Home Analysis Retainment For IPL 2022: 4 Players Each Team Might Retain If They... 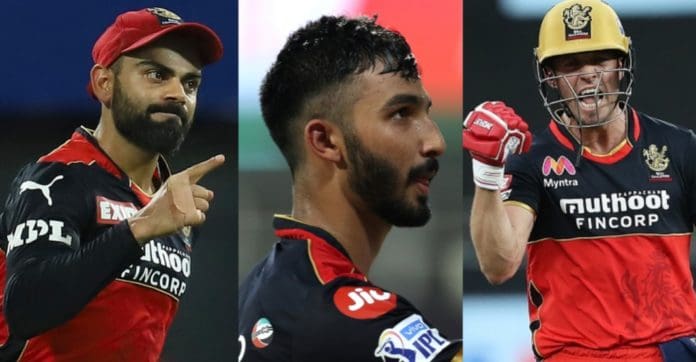 The rules governing retainment for IPL 2022 has not been officially announced so far. However, a few news outlets have already published articles about the same. As per these reports, franchises would be allowed to retain a maximum of four players ahead of IPL 2022. The players could be retained in the combination of three domestic and one foreign player or two domestic and two foreign players. RTM card will be scrapped so that the two new teams coming in will not be at a disadvantage.

Retainment is not mandatory, and hence, franchises would have different strategies about this aspect. In this article, we take a look at four players each team might retain if they follow two domestic plus two overseas combination in retainment for IPL 2022.

This combination will actually suit Chennai Super Kings. With the futures of MS Dhoni and Suresh Raina uncertain, the franchise could invest in Jaddu and Ruturaj as the domestic picks. In the foreign contingent, they could go ahead with Curran and Faf, although Moeen Ali can also have an outside chance.

Delhi Capitals are unlikely to go with this combination for next season’s retainment. The core of the franchise consists of solid Indian cricketers and hence, three of them will surely be retained. However, if they were to choose this option, Kagiso Rabada and Shimron Hetmyer would be suitable foreign picks.

Just like CSK, this combination will suit KKR as well. Hence, they might as well pick this combination in retainment for IPL 2022. In the foreign contingent, while Russell is a sure selection, Pat Cummins could come in as the other retainment. If left to the auctions, he might go big and hence, KKR could keep hold of him.

Mumbai Indians would never go with this combination. This is because this combination would make them unable to retain Hardik Pandya, which is unlikely to happen. That said, if they do choose this option, Trent Boult or Quinton de Kock will be the second foreign option.

In Punjab Kings’ retainment for IPL 2022 strategy, it would not be a surprise if there would be only one player. While KL Rahul is sure retention, the franchise will ponder hard if they must go with another player. If they do go ahead with picking more players, they could target to complete the core of their batting unit by keeping players like Mayank, Pooran and Malan.

Rajasthan Royals would have really wanted a three foreign plus one domestic option, as well. However, that is not to be. Nevertheless, if they choose to pick this combination, the likes of Archer and Buttler will remain at RR. Stokes is likely to miss out for RR before auctions.

RCB could actually pick this combination. While Virat and AB are certain, based on Maxwell’s form in the second phase of IPL 2021, even the Aussie could be considered. Padikkal is also likely to be retained. Washington Sundar and Siraj also have an outside chance in this scenario.

Just like Rajasthan, even SRH would have liked the three foreign plus one domestic option. That said, the team will still be happy retaining two domestic and two overseas players. Rashid Khan and Kane Williamson will get priority, while Nattu and Bhuvi may also be retained. This could be SRH’s strategy for IPL 2022 retainment.