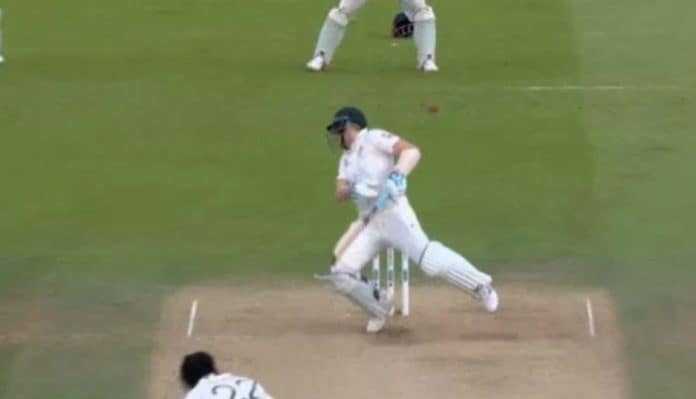 During the Jofra Archer’s over the Australian batsman tried to pull the bouncer unfortunately that ball hit on Steve’s uncoverd part of his neck .Steve Smith had to walk back to pavilion after the devastating bouncer from Jofra Archer. After this incident Archer never showed any sportsmanship on this incident he never tried to console Smith ans he just moved on that’s shows some bad light on him.

This incident was take place during the second test match of the Ashes series. Hosts England scored 258 runs on their first innings. The visitors Australian team has managed to score 250 runs on the board with the help of Smith’s 92 runs.

6 short balls in an over and a half. Where did you think this was going to end up Archer?

And you’re cracking up laughing.