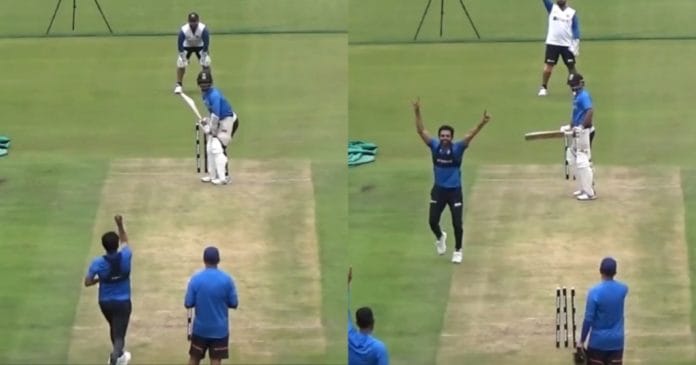 Deepak Chahar is one of the best cricketers in India right now. He played for the Chennai Super Kings in IPL 2021 and won the trophy with the team. After IPL 2021, Chahar was in the list of reserves for the Indian cricket team in the ICC T20 World Cup 2021. While the right-arm pacer did not get an opportunity to play for the country at the mega event, he got the chance to don the Indian jersey during the home T20I series against New Zealand.

The unofficial Test series has ended, and now the focus is on the ICC World Test Championship series between the Indian cricket team and the South African cricket team. Deepak Chahar is not in the Indian squad, but he is helping the team’s batters in the nets. Chahar recently posted a video on his Twitter account where he could be seen troubling the likes of Ajinkya Rahane and Wriddhiman Saha with his swing bowling.

Deepak captioned the brief video clip as: “Red ball is fun.” The video has gone viral on Twitter as it has received more than 230,000 views. More than 15,000 fans have liked the tweet. You can watch it right here:

It will be interesting to see if Deepak Chahar gets a chance to play Test cricket for the Indian cricket team soon.