Whenever one says the word ‘finisher’ in the world of cricket, the first name which comes to everyone’s mind is Mahendra Singh Dhoni. The former Indian World Cup winning captain will always go down as the best finisher in cricket history. He held the number one position in the batsmen’s ODI rankings for a long time besides, he has a fantastic average in ODI cricket.

Speaking of his records in T20 cricket, the right-handed batsman achieved a lot of success in the shortest format of the game both at the international level as well as the IPL. But, the fans would not know that he holds the fastest record for a fifty in the Champions League T20.

For the fans unaware of what CLT20 was, it was just like the cricket version of UEFA Champions League where the top class cricket teams from all the T20 leagues of the world played together and the best team emerged as the winner. IPL franchises dominated this league because the foreign players decided to play for their IPL franchise and not for their own franchise. Soon, this league was disbanded by BCCI, Cricket Australia and Cricket South Africa citing lack of response for the non-IPL team matches as the reason.

Knowing that what CLT20 was, the fans would have understood that the competition was way more intense in the CLT20 than that is in the IPL. Dhoni smacked a 16-ball fifty in the same tourney which shows his extraordinary talent. On top of that, he played this innings in front of his home fans in Ranchi.

Sunrisers Hyderabad were Chennai’s opponents in that match as Dhoni played a knock of 63 runs which lasted just 19 balls. He hit eight sixes and one four in his destructive innings as he single-handedly decimated the entire Hyderabad bowling attack. 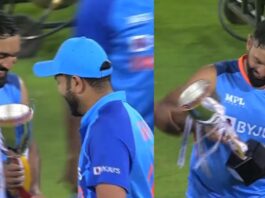 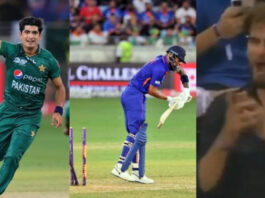 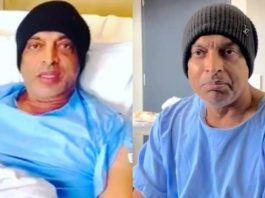 ‘This is my last surgery’, Shoaib Akhtar shares an emotional message...

ABOUT US
swagcricket.com is a cricket based news portal that covers all the latest happenings and developments in the world of cricket.
Contact us: [email protected]
FOLLOW US
© 2022 Swagcricket. All Rights Reserved.