Home IPL 2022 Who is Matheesha Pathirana? All you need to know about ‘Baby Malinga’... 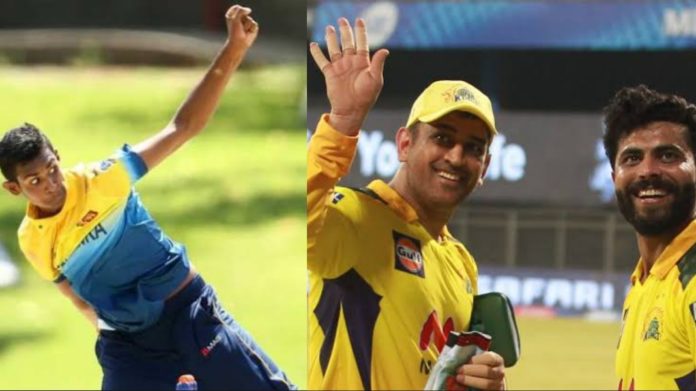 The Chennai Super Kings have added a new fast bowler to their IPL 2022 squad. His name is Matheesha Pathirana and he is a replacement for Adam Milne. The Kiwi speedster was ruled out of IPL 2022 because of a hamstring injury. Since he could not play any matches for CSK going forward in IPL 2022, the team management decided to sign a replacement.

Interestingly, the Chennai Super Kings did not go with any experienced options but signed a 19-year-old fast bowler from Sri Lanka named Matheesha Pathirana. The rising star of Sri Lankan cricket does not have much experience of playing cricket at the top level. He has never played international cricket at the senior level. Also, he has never been a part of any IPL franchise before.

Here’s what the official statement from IPLT20.com read about Pathirana:

“Adam Milne’s replacement Pathirana, is a young 19-year old medium pacer from Sri Lanka who was part of Sri Lanka’s U19 World Cup squads in 2020 and 2022. He will join CSK at the price of INR 20 Lakh.”

Did Matheesha Pathirana bowl a delivery at the speed of 175kmph in ICC U-19 World Cup?

As mentioned ahead, Matheesha played for the Sri Lankan side in the ICC U-19 World Cup. During one of the matches in the mega event, the speedometer showed that he clocked 175 kmph. However, later on, it was revealed that it was a technical error, and the ball was not bowled at the speed of 108 miles per hour.

Because of his unique bowling action, Pathirana has earned the nickname of Baby Malinga in Sri Lankan circles. If the Chennai Super Kings pick him in their playing XI for tonight’s match against the Mumbai Indians, fans may witness a battle between the junior versions of Lasith Maling and AB de Villiers when Pathirana bowls to Dewald Brevis.