Home IPL 3 players signed by MI Emirates who will be targeted by Mumbai... 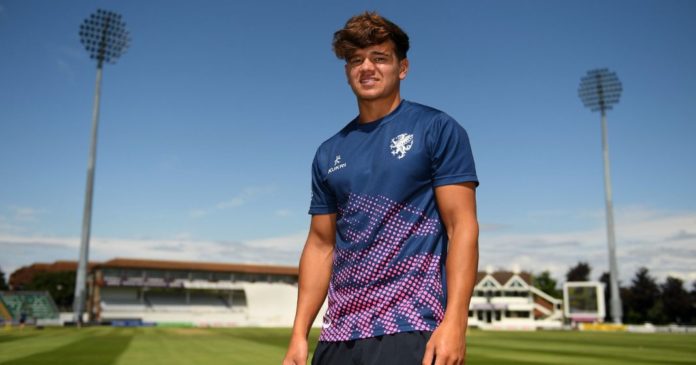 The owners of Mumbai Indians also own the Emirates franchise in the UAE T20 League or the International League T20. MI Emirates have already announced the list of players whom they have signed for the event. The team will also need to make some domestic signings going forward. Meanwhile, some of these players could also be in line to recieve a contract by Mumbai Indians for IPL 2023. On that note, in this article, we take a look at players signed by MI Emirates who will be targeted by Mumbai Indians for IPL 2023.

Will Smeed recently struck the first century in the history of ECB’s Hundred Tournament. He is a young opener with loads of potential. Mumbai Indians has been developing a squad for the future and hence, they could sign someone like Smeed in the IPL 2023 Auctions. Therefore, he is a part of this list.

Zahir Khan is one of the players signed by MI Emirates who will be targeted by Mumbai Indians for IPL 2023. A left-arm wrist-spinner from Afghanistan, Zahir is known for his ability to trouble the batters in T20s. His economy of just 7 in close to 90 games paints a very good picture of his skills. Mumbai Indians need to improve their spin attack and therefore, they could sign a player like Zahir Khan by releasing Fabian Allen before the auctions.

Najibullah Zadran is quite an exeperienced player in the T20I format. For Afghanistan, he has already played more than 75 T20I games. Although he is close to 30, if he does well for MI Emirates, MI could sign him for IPL 2023.