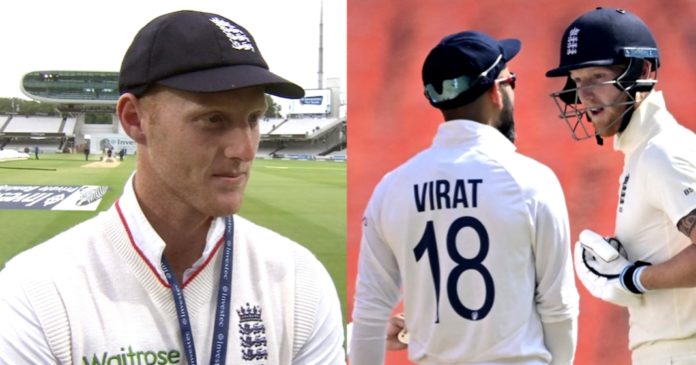 Former Indian cricket team captain Virat Kohli and current England Test team captain Ben Stokes are quite the agressive kind of players and they a great rivalry on the pitch which we have seen over the years whenever the two countries played against each other.

The two players never shy away from getting their competitive version out on the field. But, when the England all-rounder announced his decision to retire from ODI format of the game of manage his workload, Virat Kohli took some time out and posted a great comment for Stokes.

Meanwhile, the England captain is currently busy with the England cricket team’s currently ongoing Test series against South Africa. But, prior to the 2nd Test match, Ben Stokes has released a documentary on him which goes by the title ‘Stokes: Phoenix from the Ashes’.

And during that captain, Ben Stokes talked about a lot of things, including talking about his rivalry with Virat Kohli. The England Test captain said that sports always have that individual contest other than the contest between teams, but, everyone has a respect for everyone at the end.

Stokes, who was the hero of the England team’s victory in the 2019 Cricket World Cup final, suddenly announced his decision to retire from the format citing workload management since he has been named the new England Test team captain.