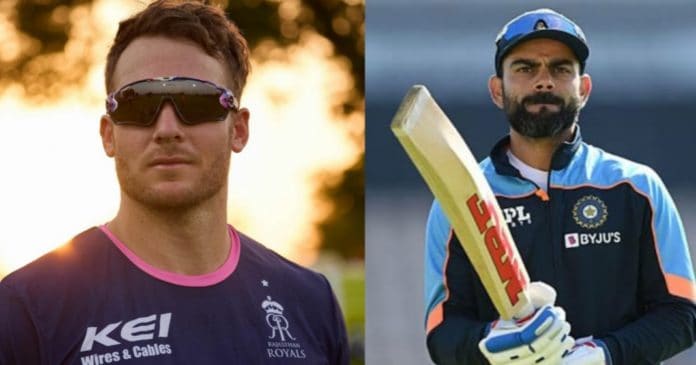 Nowadays, it is almost a common occurrence to witness cricketers picking their all-time squads in different formats of the game. South African cricketer David Miller is the latest to join the list. In this article, we take a look as David Miller names all-time T20 XI, a squad that has a player who never played T20I cricket.

The South African batsman, who recently played for Rajasthan Royals in IPL 2021, picked his all-time T20 XI while speaking to the franchise. He chose a team that did not have his name but had five South Africans in it. Here is a look at the XI picked by the southpaw:

A bowling attack led by @BrettLee_58 and @DaleSteyn62 😵

The South African’s squad has ABD as the skipper

One of the interesting names in Miller’s list is Lance Klusener. The all-rounder never played a T20I game and yet, he made it to the list. In a total of 53 T20 games, Klusener scored 1014 runs and picked 29 wickets. He was part of the Indian Cricket League but did not play in IPL.

AB de Villiers was made the captain of the XI despite Virat Kohli being selected to play at No.3. Some of the popular players who did not make the list are MS Dhoni, Rohit Sharma, and Rashid Khan.

The XI has the opening combination of Chris Gayle and QDK while the middle-order is filled with firepower. Yuvi, ABD and Virat are part of it. Klusener and Pollard are the all-rounders while the team has a stunning pace attack featuring Malinga, Lee and Steyn. Tahir is the lone specialist spinner in the XI.