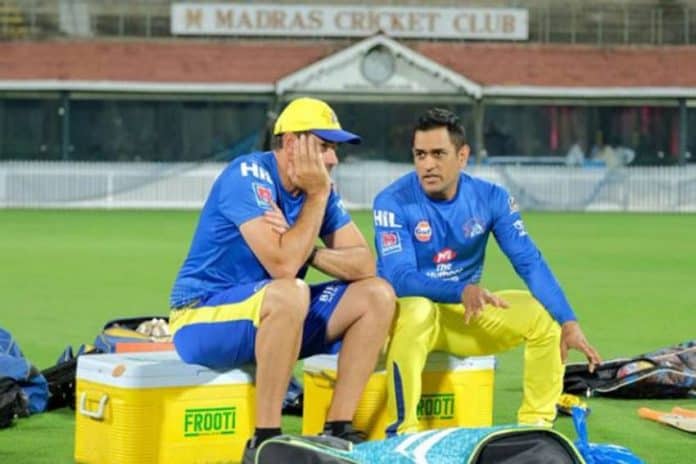 The CSK captain MS Dhoni has said that Stephen Fleming doesn’t get the recognition he deserves for his performance as coach of Chennai Super Kings over the years.

According to MS Dhoni, his relationship with Fleming goes a long way back and they understand each other really well. They have had their fair share of discussions and debates as captain and coach over the years, but none of those discussions have ever come out in public.

Whatever discussion that has happened between the two has remained inside the closed doors and the two have come out of the doors with just one plan and have always been on the same page ahead of the start of a game.

MS Dhoni heaps praises on Fleming after victory over KXIP

“Fleming doesn’t get the kind of recognition he should. The good thing is we have one plan. It’s not that we don’t have debates, but it’s one plan, that’s the relationship between us,” Dhoni said while speaking to Mark Nicholas at the conclusion of the game.

Fleming has been the coach of CSK for more than a decade and under him, CSK has not just won three IPL titles, but has won two Champions League titles as well. However, their performance in the ongoing season has been a little bit shaky and Fleming has been quite frustrated because of that.

The former New Zealand captain is generally a man who doesn’t show too much of emotion, but he was not amused at all with the fielding efforts of some of his players in the last night’s game against Kings XI Punjab and that clearly showed on his face.