Home News “He was a broadcaster, had no business in coaching” – Former Pakistan... 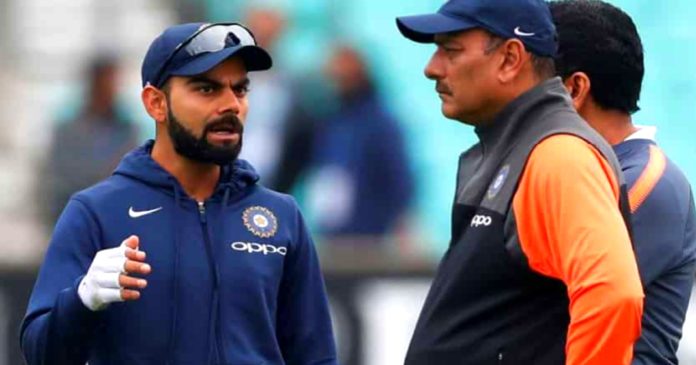 When Ravi Shastri was the head coach of the Indian team, even though the team did not win the ICC title, but he achieved a lot of success. This is the reason why Ravi Shastri’s tenure as head coach will definitely be considered one of the best, if not the best in Indian history.

During Shastri’s tenure, India defeated Australia twice in the Test series at their home. The Indian team’s journey in the ICC Under-19 World Cup ended in the semi-finals. The Indian team finished runners-up in the World Test Championship.

The pair of head coach Ravi Shastri and captain Virat Kohli took Indian cricket to new heights. There is a very close bond between Shastri and Kohli. But, now, Kohli is going through the worst phase of his career. As a result of that, Shastri asked Virat to take a break from cricket, which Kohli has so far overlooked.

Former Pakistan captain Rashid Latif has blamed Ravi Shastri for Virat Kohli’s poor form. While talking on the YouTube channel Caught Behind, Latif was asked what would he say to Ravi Shastri advising Virat Kohli to take a rest.

On this the former Pakistan captain instead blamed Shastri for Virat’s poor run of form. “It is because of him (Ravi Shastri) that this has happened,” said Latif.

He also said that a broadcaster have nothing to do with coaching. Note that in 2014, Ravi Shastri was made the director of the Indian cricket team for two years. Then in 2017, Shastri was made the head coach of the team after then Head Coach Anil Kumble resigned from his position after the 2017 Champions Trophy.

Rashid said that the BCCI sidelined someone like Anil Kumble and brought in Ravi Shastri, who was not recognised for his coaching.

“In 2019, you sidelined a player like Kumble and in came Ravi Shastri. Whether he had the accreditation or not, I have no idea. He was a broadcaster. Had no business in coaching,” added the former Pakistan skipper.