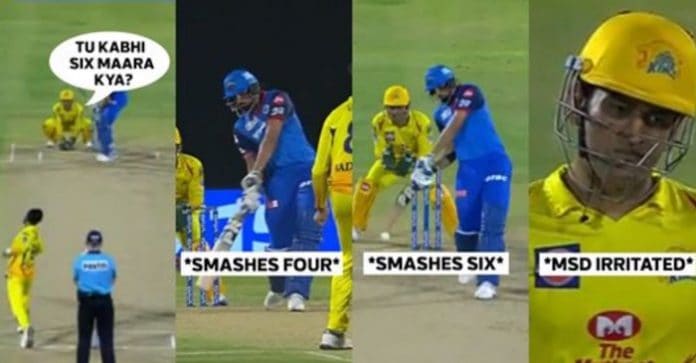 In what has turned out to be the worst season for cricket fans, BCCI has suspended the 2020 edition of the Indian Premier League. The cricket universe is extremely disappointed because of the Coronavirus pandemic as the entire world is locked down inside the home. However, the cricketers and the celebrities are trying to entertain the people sitting at home by taking part in podcasts and off-field interviews. They have also engaged in Instagram live sessions. Recently, Delhi Capitals’ right-arm fast bowler, Ishant Sharma, appeared on former IPL host, Gaurav Kapur’s show ‘Isolation Premier League’. The show airs on YouTube and the episode featuring Ishant has gone viral on the internet because of the interesting revelation made by the Indian pacer. In case you forgot, the Delhi Capitals made it to the playoffs last year where they lost to the Chennai Super Kings in Qualifier 2. Delhi batted first in the do-or-die match, but they could not even surpass the 150 runs milestone. Chennai chased the target easily thanks to fifties from Faf du Plessis and Shane Watson. Ishant Sharma, who is more famous for his bowling skills, came out to bat at number 11 and the CSK skipper tried to pull his leg.

Sharma then lost his cool and hit a four and a six off Ravindra Jadeja’s bowling. Here’s how he narrated the whole incident to Kapur. “Last year in the IPL, Mahi bhai (Dhoni) used to make fun of me that I can’t hit sixes, saying you don’t have that power. Then came Jaddu (Jadeja) and I smashed him for a four and followed it with a six. Then I turned my head towards Mahi bhai to see his reaction, who abused Jaddu.” Thus, in this manner, Ishant’s batting skills tested the patience of Captain Cool and prompted him to talk harshly to his teammate.

Ishant on getting runs in a county game and getting trolled on his batting by Virat & MSD 😄#isolationpremierleague @ImIshant pic.twitter.com/gDrU6rItAT