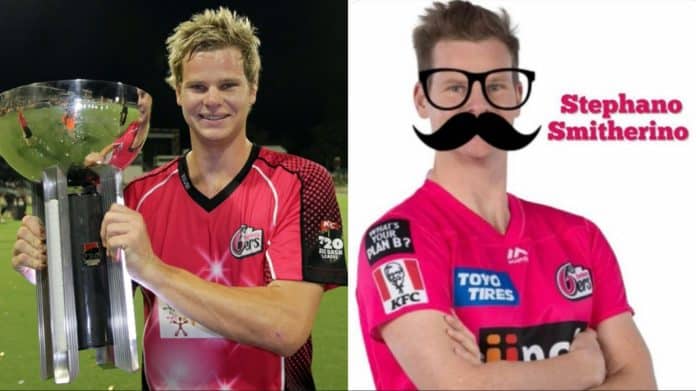 Steve Smith is one of the best Australian players right now. However, Cricket Australia has not granted him permission to participate in the Big Bash League Final. Sydney Sixers have requested multiple times, but the administrators of the league have declined it. Smith has played many matches for the Sixers in the past.

However, because of a busy international schedule, he did not get time to turn up for Sydney Sixers in the 2021-22 edition of the Big Bash League. The Australian cricket team is not playing any matches now, which has given free window to the players. Off-spinner Nathan Lyon has joined the Sydney Sixers team, but Smith did not receive the green signal.

The 2021-22 edition of the Big Bash League will culminate with a final match between Sydney Sixers and Perth Scorchers today. Since he did not get a chance to play in the match, Smith hilariously trolled Big Bash League organizers with the following tweet earlier today:

“Good luck to the @SixersBBL in the Big bash final tonight and also to the Italian import Stephano making his debut (Laughing emoji).”

Good luck to the @SixersBBL in the Big bash final tonight and also to the Italian import Stephano making his debut 😂 pic.twitter.com/aVsARhkhIJ

Steve Smith has registered for the IPL 2022 Auction

While Steve Smith will not get a chance to play any Big Bash League match this year, he will likely be in action during the 2022 IPL season. The right-handed batter has registered himself for the upcoming mega auction. He has a lot of IPL experience under his belt, and it should not be a surprise if he earns a contract from any of the 10 franchises.

It will be interesting to see which team signs him. Teams like Rajasthan Royals, Royal Challengers Bangalore and Kolkata Knight Riders need a captain. Smith could play that role.