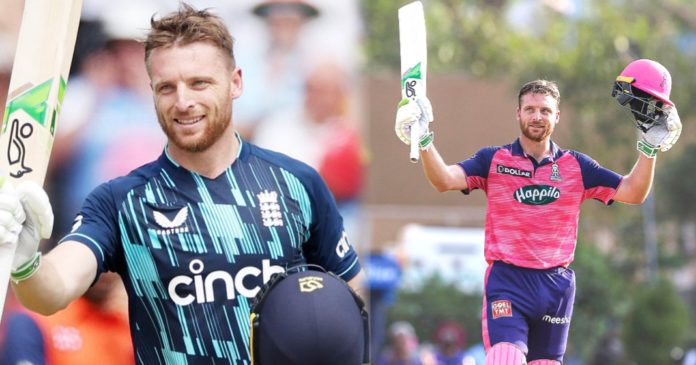 England cricket team’s star wicketkeeper-batsman Jos Buttler has continued his stellar form in limited overs cricket. The right-handed batsman first made headlines with his scintillating batting in IPL 2022, and is now creating a sensation while playing for his national team.

On 17 June, the star batsman scored a scintillating century to help England register a 232-run win against the Netherlands in the first ODI. He played a stormy innings of 162 runs in just 70 balls with the help of 14 sixes and 7 fours. Let us tell you, Jos Buttler had scored the highest, 863 runs in IPL 2022, and played an important role in taking the Rajasthan Royals (RR) to the final.

After the match, Jos Buttler credited IPL 2022 for his excellent innings and superb form against the Netherlands and said that playing in the IPL helped him boost his confidence.

The star batsman from England admitted that his success in IPL 2022 gave him a lot of confidence and motivated him to perform well. The 31-year-old also said that he is relieved to have gotten rid of the bio-bubble and that many things are back to normal.

Jos Buttler said, “The IPL couldn’t have gone better for me. I absolutely loved it, and that gives you a lot of confidence. Coming here I was feeling in good touch: I turned up with a lot of motivation and freshness which I think is really key.”

He said that it is good to be back in the England team, the atmosphere of the team is very good. He said that this is the team’s first normal tour, where there is no bio-bubble and no need to follow the rules of COVID-19, and does, they feel very relieved and very happy.

6 star players you might not know were once teammates in...