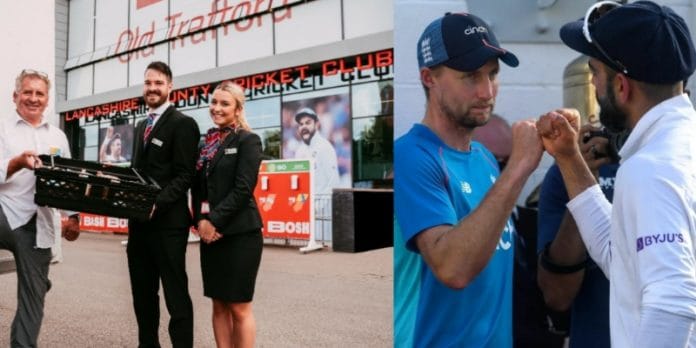 The fifth Test between India and England got cancelled on Friday. The game was supposed to take place on September 10th at the Emirates Old Trafford Stadium in Manchester. After the cancellation of the game, Lancashire Cricket donated the excess and the pre-prepared food to charity.

COVID concerns the reason for the cancellation

In the Oval Test, a few members of India’s support staff tested positive for COVID. Head Coach Ravi Shastri was also one of them. Hence, he did not attend the stadium on the final day to witness India’s win. After the game, India’s second physio Yogesh Parmar also tested positive for the virus. Later, all members of Team India were tested again. Fortunately, all returned with negative reports. This had cleared the initial roadblocks for the encounter.

However, just a few minutes before the toss, the game was cancelled. It is reported that a few Indian players were concerned with the rising COVID cases in the camp. Hence, they were sceptical about taking part in the game, especially with the families around them. BCCI and ECB were then involved in a discussion which led to the cancellation of the game. At the moment, there is no clarity on when the fifth match will take place.

There was no sight of the game being cancelled, and hence, the hosts Lancashire Cricket Club had made all the arrangements. However, after the news came out, the club got itself involved in a rather heartwarming gesture.

.@lancscricket has made a number of food donations within the local community following the cancellation of the fifth #ENGvIND Test Match @EmiratesOT ⤵️

Including all the surplus and pre-prepared food for the players, the club donated it to the charity. This won over the internet, with many praising the club for the gesture. Meanwhile, the Indian players will next undergo quarantine in UAE. They will then take part in IPL for the next few weeks. The team will then regroup for the T20 World Cup.