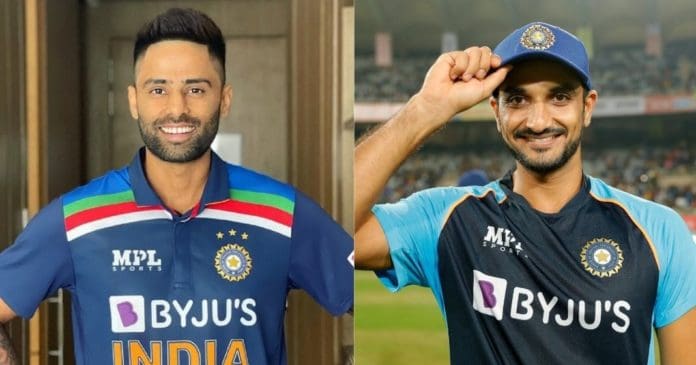 2021 was an interesting year for Indian Cricket. A lot of cricketers put on the blue jersey in the year. At one point in the year, two different Indian Teams were involved in two different international assignments. Hence, a few players got to make their debut. In this article, we take a look at the playing XI of Indian cricketers who made their debut in 2021.

Although a number of players made their debut, it will be hard for them to cement a spot in Team India. India desperately needs to win the upcoming ICC events. Hence, the management is concentrating on having a settled team for these competitions. It is only after the 2023 World Cup that we could see new players getting consistent chances in the playing XI.

Ruturaj Gaikwad and Devdutt Padikkal will open the batting for this playing XI of Indian cricketers who made their debut in 2021. If not for the COVID cases in the Indian camp in Sri Lanka, the duo would not have gotten their chances. In the opportunities that they got, Rutu opened the batting while Devdutt played at No.3. That said, Ruturaj is with Team India’s limited-overs squad at the moment. It is not long before he gets another game. However, Devdutt needs to have a good domestic season before making it back to Team India.

It will be a strong middle-order for this XI. After a long wait, Suryakumar Yadav finally got the chance to play for Team India. He started his India career in the series against England. SKY is someone who is seen as one of the crucial components of the middle-order for the upcoming events. Ishan Kishan, too, has started his career well. However, due to the lack of opportunities at the top of the order, he has been warming the bench. Nitish Rana played a few games in Sri Lanka. However, the Delhi player could not make an impression. He will need a spectacular IPL campaign to break the door again.

Venkatesh Iyer and K Gowtham will be the all-rounders in this playing XI of Indian cricketers who made their debut in 2021. Until the UAE leg of IPL 2021, Venkatesh Iyer was not in the picture. However, after a good show as an all-rounder, the Madhya Pradesh-lad got a chance to play for India in the home T20I series against New Zealand. K Gowtham also got a chance, but he has not been able to cement it. This is mainly because R Ashwin has returned to Team India.

India tried quite a few bowlers in 2021. Harshal Patel, who won the Purple Cap in IPL 2021, got his chance against the Kiwis. The Haryana all-rounder is all set to occupy a spot in the Indian T20I XI. Prasidh Krishna, on the other hand, also appears to have got the confidence of the management. Chetan Sakariya made his debut in Sri Lanka but has not got a chance again. Varun CV should have made his debut in 2020 but fitness issues delayed it. However, after a lacklustre show at the T20 WC, he has been dropped.