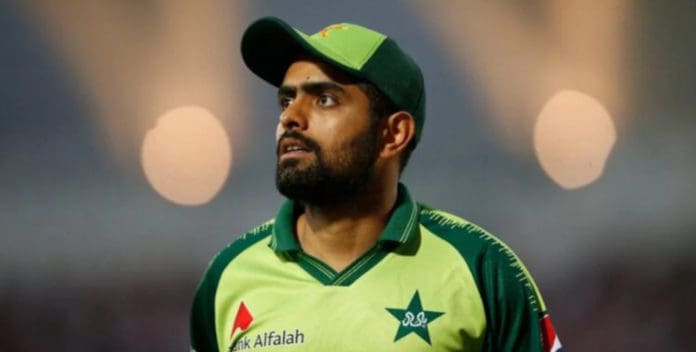 Babar Azam has been one of the best batters in recent years and his numbers are proof of the statement. The Pakistani batter has been scoring runs for fun and is only getting better and better. There’s no stopping him as he has been breaking record after record.

The 27-year-old batter achieved another milestone while batting against the Netherlands in the first ODI of the three-match series. On Tuesday, Babar Azam broke South African Hashim Amla’s world record. Earlier, Amla had the record for most aggregate runs after 88 ODI innings.

But now the stylist right-handed batter has surpassed him and became the fastest person ever to reach 4500 ODI runs. In 88 innings, Babar has 4516 runs while Amla had 4473 runs to his name.

Talking about the match, Pakistan elected to bat first after winning the coin flip. Fakhar Zaman and Babar Azam offered some resistance after losing opener Imam-ul-Haq early. While Fakhar went on to score a hundred before being run-out, Babar mistimed the ball to hand over his wicket after scoring 74 off 85 deliveries.

The Men in Green posted a total of 314 at the loss of six wickets in their fifty-over quota. In response, the Netherlands fought well as their three batters managed to cross the fifty-mark in the run chase. However, they fall 16-run short against the effective Pakistani bowlers. Haris Rauf and Naseem Shah picked up three wickets each to take their side home.

Pakistan are leading the series 1-0 and the two sides will again lock horns on August 18 (Thursday) at the Hazelaarweg Stadium. While the Netherlands will look to bounce back to keep themselves alive in the series, the Babar Azam-led side will be eager to seal the series with one match to go.