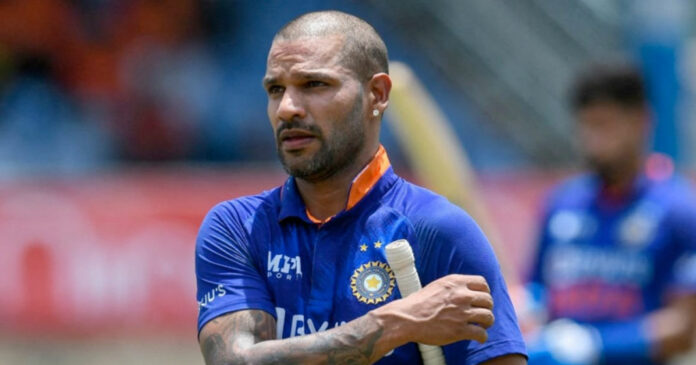 Shikhar Dhawan has been a great server for Indian cricket ever since making his debut in 2010. He is arguably one of the finest openers the country has ever produced. Especially in white-ball cricket, he has been an asset as he has shown consistency over the years.

With aging no younger, he has lost his position in the team in the past few years. The management is keen to provide opportunities to the next generation of cricketers and build a team for the future. Though he is no longer in the setup of the Test and T20I teams, he has still cemented his place in the ODI format.

Speaking about his next goal, Dhawan revealed that he wants to stay fit for the 2023 ODI World Cup. With ample of experience under his hat, he will be one of the trump cards for the Men in Blue for the upcoming ODI World Cup in 2023.

“I always see the positive side of an issue and feel this ODI series is the best opportunity for me to keep the momentum going for a place in the 2023 World Cup. I wish to remain fit and fine and keep batting well so that I can make it to the team,” Dhawan said on Wednesday. The first ODI will be played on Thursday.

“I don’t know how long I am going to play cricket, but right now my biggest goal is to play in the 2023 World Cup,” said Dhawan

Shikhar Dhawan will lead a second string Indian side in a three-match ODI series against South Africa, commencing on Thursday (October 6). It will be a great opportunity for the young players to showcase their talent and win the attraction of the selectors. For Dhawan himself, it is going to be a vital series, given the approaching prestigious World Cup.