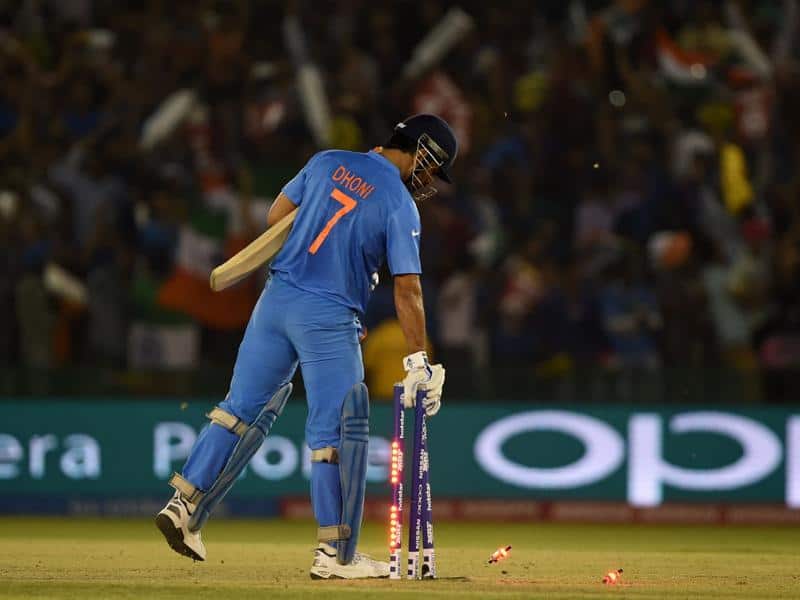 All over the world, people who are watching cricket might have noticed a special habit of MS Dhoni. This habit is somewhat special because it’s quite uncommon among other cricketers. Even this habit has made cricketers to think about it seriously!

Guess what? Well, it’s none other than the habit of MS Dhoni; collecting the stumps after every match win. This has been practised by him in early days itself. And of course you’ll feel really interested to know the real reason behind it.

Rumours behind this practice!

Well, if something weird happens in cricket; a lot of rumours will arise about it. And rumours arouse in this case too. Although this wasn’t something weird, it was seen as a differential  behaviour. Among all rumours which came, two of them were very famous.

The real reason behind it!

In one of the interviews given to the Board Of Control For Cricket In India (BCCI), he has revealed the real reason behind this habit. He said that it was one of his future plans on retirement. Generally, he doesn’t remember about the matches he had collected stumps; but believes that he can figure it out. This can be done by looking at the videos of matches he’d played so far; he added. Finally, he said that this will also be his post-cricket pass time!

“That’s my retirement plan. The good thing is that I do collect a lot of stumps but the bad one is I don’t put a mark as to which match they were from. So, after I retire I’ll watch the videos of all my matches, look closely at the sponsors logos on the stumps and figure out which match a stump belongs to. It will be my post-cricket pass time!”

Why isn’t he collecting the stumps now?

Although he had this habit for a long time, he stopped this eventually after the introduction of LED Stumps. The entire price of the set-up of LED stumps is estimated to be ₹25 Lakhs per match. Since this is very costly, he wasn’t allowed to take stumps after that new innovation.