Home News “The kid just gone through death of his father” – Tim Paine... 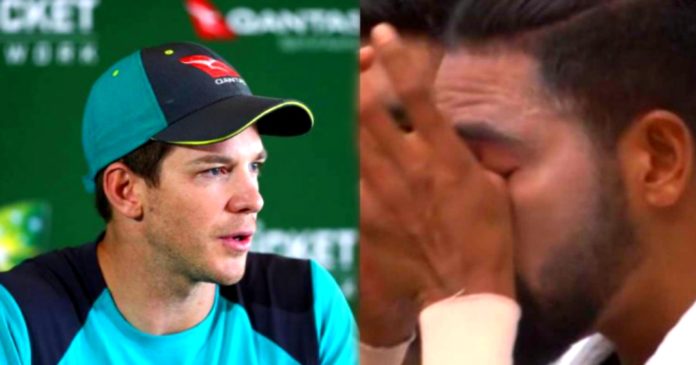 In 2020-21 season, India won the historic Test series by performing brilliantly on the tour of Australia, but during this time there were also many controversies. During the third test match played in Sydney, racist remarks were made against Indian fast bowler Mohammed Siraj.

Recalling the incident, former Australia captain Tim Paine has said that Siraj was very sad and tears were flowing from his eyes. Paine said that he still remember that when he went to Siraj, there were tears in his eyes and those tears were coming down to his cheeks. He said that this had a profound effect on him as he was a boy who had recently gone through the death of his father.

Speaking on Neeraj Pandey’s documentary ‘Bandon Mein Tha Dum’, Tim Paine stated that, “I still remember walking up to Siraj, he actually had tears in his eyes and tears rolling down his cheeks. So it obviously really affected him and cut him really deep. This is a kid, who has just gone through the death of his father. And then to have that I just thought was uncalled for.”

In the first Test played in Adelaide, the Indian team was bundled out for only 36 runs in the second innings and Australia won the match easily. After that, Mohammed Siraj got a chance to make his Test debut in the second Test.

Siraj took 13 wickets for India in three matches played on the tour. India won the series 2-1 after going 1-0 down after the first match of the series.

Especially the Test played at the Gabba was very spectacular, in which India achieved the target of 328 runs on the last day. With this victory, India had broken Australia’s 32-year-old Gabba invincibility. Siraj took five wickets in the second innings of the Gabba Test.