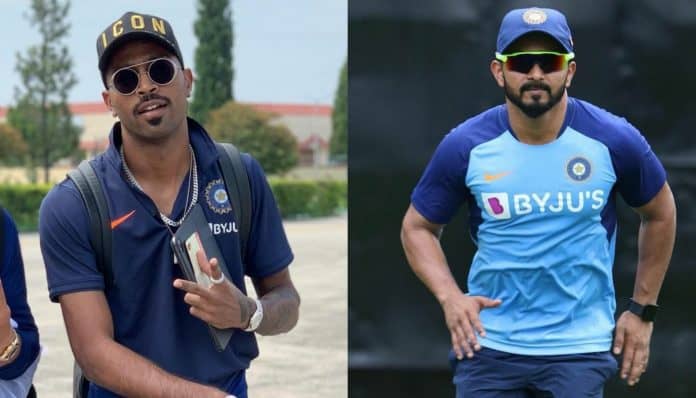 ODI cricket is one of the most popular forms of the game. Initially, the organizers introduce this format so that the fans can know the results of the match by the end of the day. Earlier, the Test matches used to last until there was a clear winner. Later, even the Test matches got limited to five days.

As time has passed, a need has arisen to shorten the format and keep the audience engaged. T20 is the most popular format of cricket at the moment. Still, the fans prefer watching ODI cricket because the premier Cricket World Cup happens under the 50-over format. Scoring rate has increased year after year in ODIs and so has the demand for big-hitters.

In this article, we will look at the top ten batsmen who took the fewest deliveries to aggregate 1000 runs in one-day internationals.

A startling name present on this list is the Indian all-rounder Kedar Jadhav. The right-handed batsman received much criticism for his low strike rate in IPL 2020.

However, Jadhav had touched the 1000-runs milestone in the 50-overs format on the 937th ball he faced. Unfortunately, he has lost his place in the Indian team now.

Sri Lankan all-rounder Thisara Perera majorly bats in the lower middle order. He does not get enough deliveries to face, but when he bats, he ensures that the audiences are entertained.

Perera scored his first 1,000 ODI runs off 926 deliveries. To date, he is the fastest Sri Lankan batsman to achieve this feat in the 50-overs format.

Another left-handed batsman who makes his presence felt here is Shimron Hetmyer. The West Indian star has enjoyed batting against the Indian cricket team.

Recently, Hetmyer played for the Delhi Capitals in IPL 2020. The Caribbean batsman touched 1,000 ODI runs on the 915th ball of his career.

Glenn Maxwell showed off his big-hitting skills in the first ODI against India at the SCG. Maxwell smacked a marvelous 19-ball 45 to turn the tables in Australia’s favor.

The right-handed batsman has played multiple match-winning knocks in ODI cricket. Notably, he is one of the few batsmen to have scored the first 1,000 runs in less than 900 balls.

The fastest Englishman to record 1,000 ODI runs in terms of balls faced is Jos Buttler. The Rajasthan Royals star accomplished this record in just 860 balls.

Buttler has played a significant role in England’s rise to the top. The right-handed batsman will likely continue being England’s top batting star for the coming years.

Hardik Pandya joined the club after his brilliant knock against the Australian team in Sydney. When all Indian batsmen failed to get going, Pandya played a vital knock of 90 runs.

He missed out on a well-deserved century by just ten runs. Still, the Mumbai Indians all-rounder became the fastest Indian batter to reach 1,000 runs in ODI cricket.

Corey Anderson was billed by many to rule international cricket with his big-hitting skills. However, the all-rounder could not dominate the bowlers for a longer time.

The left-handed batsman took giant strides in the global arena after his international debut. Anderson scored his first 1,000 ODI runs in only 854 balls.

The oldest cricketer to feature on this list is the former Pakistan all-rounder Shahid Afridi. The right-handed batsman has been playing cricket since the 1990s.

Afridi is currently captaining the Galle Gladiators in the Lanka Premier League. He scored his first 1,000 ODI runs in just 834 deliveries.

The only player on this elite Top 10 list to have played for two different countries is Luke Ronchi. The right-handed batsman played international cricket for Australia and New Zealand.

He took only 807 deliveries to touch the 1,000-runs milestone in ODI cricket. Ronchi had kept the wickets for the Blackcaps in the 2015 World Cup.

Andre Russell is the only man on earth who can brag of scoring 1,000 ODI runs in less than 800 balls. As the fans would know, Russell majorly deals in fours and sixes.

His ability to score boundaries regularly has helped him own this record. It will be interesting to see if any player could break the KKR star’s record in the coming years.