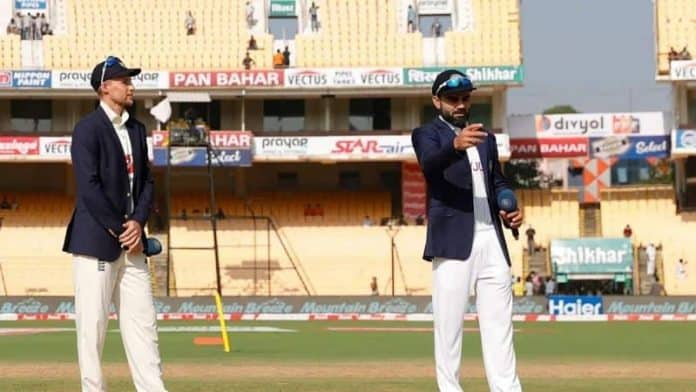 After lagging behind India in the World Test Championship after suffering a defeat at the Lord’s, the England cricket team has bounced back well with a win at Leeds’ Headingley Stadium.

England cricket team now finds themselves level on points with India with 14 points from 1 win, one loss, and a draw in their three matches that they have played against India in this new World Test Championship cycle that runs from 2021 till 2023.

The England team registered a big win against Team India in the 3rd Test match between England and India. England defeated India by an innings and 76 runs, with Ollie Robinson named Man of the Match.

Updated points table of ICC WTC!
Look who is at the top…#ENGvsIND pic.twitter.com/DdUbinSpzB

Indian skipper Virat Kohli won the toss and opted to bat first. However, Indian batters struggled to settle in, and as a result, the entire Indian team got all-out for mere 78 runs, with Rohit Sharma highest scorer with 19 runs off 105 balls.

James Anderson and Craig Overton picked up three wickets apiece, while Ollie Robinson and Sam Curran got two wickets each.
England batted well with the foundation set up by the opening duo of Rory Burns (61 runs off 153 balls) and Haseeb Hameed (68 runs off 195 balls), who both added 135 runs opening partnership.

In at number 3, Dawid Malan also added a valuable contribution of 70 runs of 128 balls. But the big knock of the England inning came from hot-in form England skipper Joe Root scored another century in this series with 121 runs.

England took a massive 354 runs lead after the England inning ended at the score of 432 runs. Mohammed Shami was the pick of the bowler for India with four wickets, while Jasprit Bumrah, Mohammad Siraj, and Ravindra Jadeja all managed two wickets each.
India started their 2nd inning on a solid point as Rohit Sharma, and Cheteshwar Pujara added valuable runs after KL Rahul departed early at the total score of 34. Rohit Sharma got out after completing his 50 as he returned to the pavilion for 59 runs.

Pujara was then joined by Indian skipper Virat Kohli, who added 99 runs partnership, but Pujara missed out on his 100 by just nine runs as he departed for 91 runs.

And after Virat Kohli got out for an individual score of 55, then started one of the biggest collapses in Indian cricket history as India got all out for 278 runs from 237 runs for four wickets.