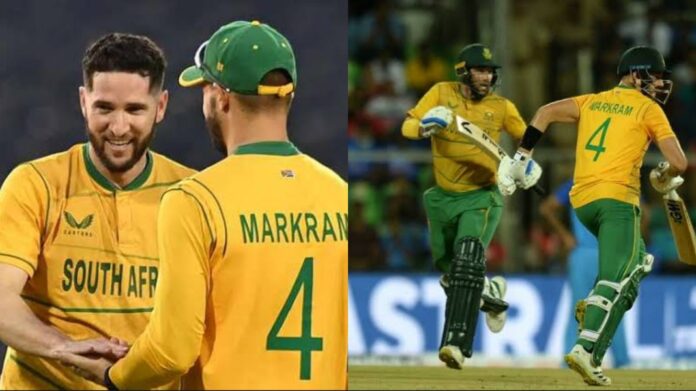 Birthday is one of the most special days of the life for any individual. Generally, some people like to take an off day from work and spend their special day with their loved ones. However, there are some individuals who do not get holidays from work and have to show up at work even on their birthdays.

Speaking of such scenarios, there have been two such instances in T20I cricket history when a player played a match on his birthday. However, he did not get a chance to bat or bowl. Also, he ended the match without taking any catches. Here’s a list of two such players:

1. Aiden Markram played against India on his birthday

South African all-rounder Aiden Markram was born on October 4, 1994. On October 4, both Markram and Rishabh Pant celebrated their birthday. While Pant got a chance to open the innings for Team India, Markram spent the entire 20 overs of the South African innings in the dressing room courtesy of the century from Rilee Rossouw.

In the second innings, captain Temba Bavuma did not give him a single over, whereas none of the shots hit by the Indian batters went towards him on the field. It was a like a day off for Markram even though he was in the playing XI.

Players who won a T20I match on their birthday without having to bat, bowl or take a catch

Mohammad Mithun was born on March 2. In 2016, Bangladesh played against Pakistan in the Asia Cup T20 tournament on his special day. The Pakistan cricket team won the toss and opted to bat first in that contest. They scored 129/7 in their 20 overs.

In reply, the Bangladesh cricket team posted 131/5 and won the match by five wickets. Even though the home side lost five wickets at the Shere Bangla National Stadium in that game, Mithun was in the dressing room only.