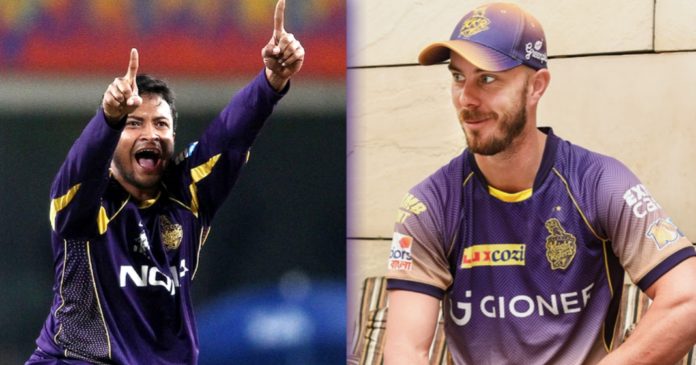 2-time Indian Premier League (IPL) winning franchise Kolkata Knight Riders (KKR) is one of the most successful franchise in the competition. They have a huge fan following across the country and from outside as well. The franchise is owned by Bollywood superstar Shah Rukh Khan, Juhi Chawla and her husband Jay Mehta.

The team has created a big brand in the last couple of years and has expanded their business outside India as well. They became the first team to have 2 teams when they bought the CPL franchise Trinidad and Tobago Red Steel and renames it to Trinbago Knight Riders.

They further expanded to South Africa and bought the Cape Town franchise for a schedule South African T20 league, how the league was cancelled even before the inaugural season. However, the Knight Riders group have kept on expanding with the latest being the Los Angeles Knight Riders and Abu Dhabi Knight Riders.

Abu Dhabi Knight Riders will play in the upcoming UAE T20 League that is to be played from January next year in the International League T20 (ILT20).

Today in this article, we take a look at 5 former Kolkata Knight Riders players who may be picked by the Abu Dhabi Knight Riders for the UAE T20 League.

Must note that the league is set to face schedule clash with the new South African league and the Big Bash League, thus some of the players may not even play in the UAE League in future.

Explosive opening batsman Chris Lynn is another big name to play for the Kolkata Knight Riders (KKR) in the IPL. He was a member of the team from 2014 till 2019 and also played for the sister team Trinbago Knight Riders in the CPL. Lynn is was a superstar among the KKR fans for his agressive batting style. He could be a great inclusion for the Abu Dhabi team and he is in form as well smashing 516 runs from 11 matches in the T20 Blast.

Kiwi pacer Trent Boult has a number of suitors ready for his services from the South African league as well as the UAE T20 League. It’s upto the player to decide where he would play, but if he doesn’t decide to play in UAE League, Abu Dhabi Knight Riders could be a team that may target team. Boult just had a season with the KKR in 2017 but didn’t had a good season. But over the years he has improved considerably and can be great addition.

If not the above mentioned Kiwi pacer (Trent Boult) another player whom Abu Dhabi can sign-up is another of fan favourite and a superstar for the Kolkata Knight Riders, that is Lockie Ferguson. Ferguson became a hit among the fans for his pace bowling and consistently bowling over 150 KMPH. He played for the franchise from 2019 till 2021 and went to Gujarat Titans with a very big price tag.

3 former Mumbai Indians IPL stars who will play for MI...

“I know this was coming”- Andre Russell hits back at Phil...

Virat Kohli’s 3 records as India captain which is almost impossible...