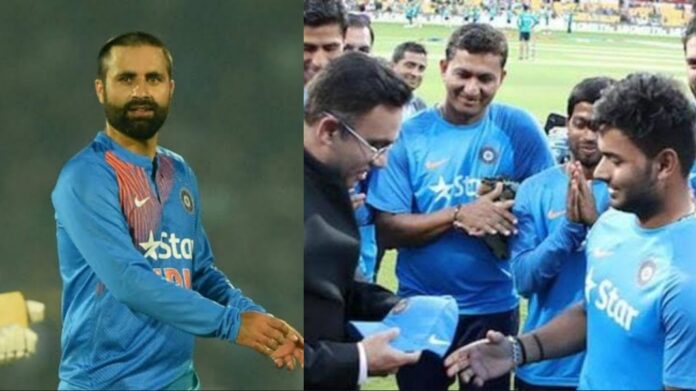 Rishabh Pant is one of the top wicket-keeper batters in the world right now. He has captained the Indian cricket team in five T20Is and is the skipper of IPL team Delhi Capitals. Pant has represented India in two T20 World Cups, ICC World Test Championship and ICC World Cup 2019.

It is tough to believe that he made his T20I debut in 2017 and ODI and Test debuts in 2018 only. Many cricketers made their debuts in the same year as Pant, but not all of them could not make it big. Here’s a list of four such names who faded away from Indian cricket team.

Jammu and Kashmir all-rounder Parvez Rasool made his T20I debut against England in the first T20I, while Pant made his debut in the third match of the same series. Rasool scored five runs and took a wicket in that game. Surprisingly, he never played for India in T20Is again.

Left-arm fast bowler Khaleel Ahmed played for DC under Pant’s captaincy in IPL 2022. Not many fans would know that Ahmed made his ODI debut in Asia Cup 2018 on September 8 against Hong Kong. Pant made his ODI debut against West Indies on October 1, 2018.

Ahmed played 11 ODIs from 2018 to 2019. He was dropped from the playing XI after the ODI series against West Indies in 2019 and never made a comeback.

Another fast bowler to feature on the list is Siddarth Kaul. He made his ODI debut on July 12, 2018 against England. He played a total of three ODIs, with his last appearance coming against Afghanistan in Asia Cup 2018.

Prithvi Shaw made his Test debut a few months after Pant. Shaw won Man of the Series in his first Test series itself, but he has played only five Tests thus far. The right-handed opener’s last Test appearance was against Australia in 2020.