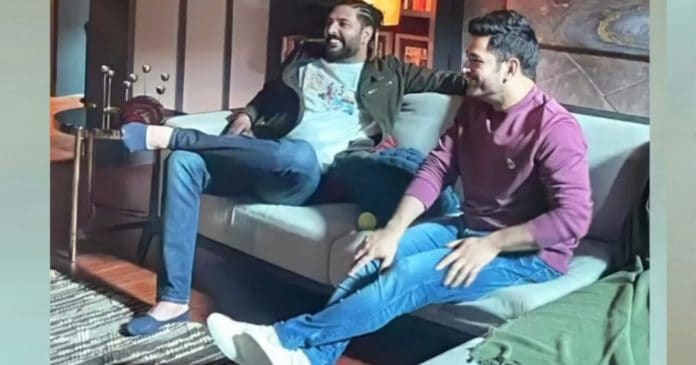 While the partnerships between Yuvraj Singh and MS Dhoni have always been amazing to watch, there has also been some downs in their past. There have been controversies, but it seems Yuvraj and Dhoni are still very good friends. Yuvraj is six days from celebrating his 40th birthday, and before that he spent some quality time with his former captain MS Dhoni.

A photo of the iconic Indian duo has gone viral on the internet, where they can be seen posing candidly. The reason behind their meeting has not been revealed yet. It could be for a commercial shoot because Dhoni was recently spotted in a promotional ad for the upcoming Pro Kabaddi League. Or else, the duo might have decided to catch up with each other after a long time. It will be interesting to see what happens next, but you can see the viral photo right here.

MS Dhoni and Yuvraj Singh will be in action in 2022

Cricket fans are waiting for the year 2022 now as their favorite stars Yuvraj Singh and MS Dhoni will take the field again. Both have retired from international cricket, but Dhoni still plays in the IPL, whereas Yuvraj plays for the India Legends team in the Road Safety World Series. Both won the respective tournament in 2021.