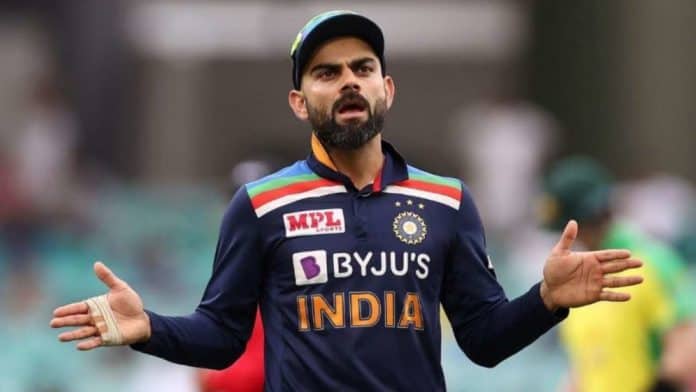 Earlier today, a report emerged claiming that the current Indian cricket team captain Virat Kohli will hand over the captaincy of the white-ball teams to Rohit Sharma. However, that report has now proven to be untrue. The treasurer of BCCI Arun Dhumal has now trashed all reports, saying that there has been no such discussion.

The sources claimed that the top officials of the BCCI had a meeting after the Indian cricket team lost in the final of the ICC World Test Championship against the New Zealand cricket team. Soon after that meeting, Virat Kohli reportedly made up his mind to step down as the ODI and T20I captain so that he can focus more on his batting.

Quite a few fans believed this report to be true. However, while speaking to IANS today, BCCI treasurer Arun Dhumal said that there was no such meeting that ever took place. Also, he added that there were no plans to change the captain after the ICC T20 World Cup in any format of the game. He said:

“No such meeting took place. This is all rubbish. Nothing (as) such is happening. This is all what you guys (media) are talking about. BCCI has not met or discussed anything on this issue (split captaincy). Virat will remain as the captain (of all formats).”

Although the Indian cricket team has not won a big tournament under the leadership of Virat Kohli so far, they have done well in the longest format of the game. They have won Test series overseas. Also, they have won some important bilateral series against the top teams.

The Indian cricket team will now be in action on October 24 next when Virat Kohli’s men lock horns with the Pakistan cricket team in a blockbuster match of ICC T20 World Cup 2021.