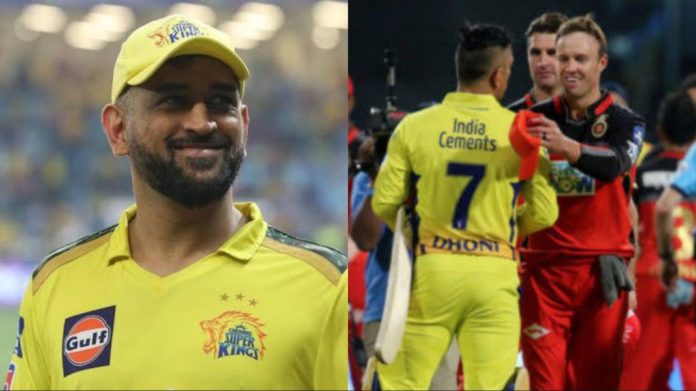 Former Royal Challengers Bangalore star AB de Villiers expressed his happiness over the fact that MS Dhoni has stepped down as the Chennai Super Kings captain because he wants to see the wicket-keeper batter play his natural game and hit big sixes again without thinking much about strategies.

Dhoni was the captain of the Chennai Super Kings team from 2008 to 2021. In that duration, CSK qualified for the playoffs 11 times in 12 seasons and won the IPL championship four times. They also won the Champions League T20 trophy two times.

Ahead of IPL 2022, Dhoni surprisingly stepped down as the captain of the Chennai Super Kings and handed over the captaincy of the team to Ravindra Jadeja. Commenting on Dhoni’s big decision, de Villiers said on VU Sport Scouts:

“I am not surprised by MS’ move. I am actually quite happy for him. I think he stepped away at exactly the right time, having won the last IPL.”

MS Dhoni will return to the field tonight in IPL 2022 when the Kolkata Knight Riders take on the Chennai Super Kings. Expressing his excitement to see Dhoni hit those big sixes again, AB de Villiers added:

“I am excited to watch MS just enjoy himself, to hit those big sixes again. Not to think too much about strategies and having to monitor guys.“

AB de Villiers has retired from the IPL now. He was one of the few overseas players to have been a part of all the seasons, but after the 2021 edition of the Indian Premier League, the South African star decided to hang up his boots. Reports had surfaced that he will be the mentor of the Royal Challengers Bangalore team, and it will be interesting to see what happens next.