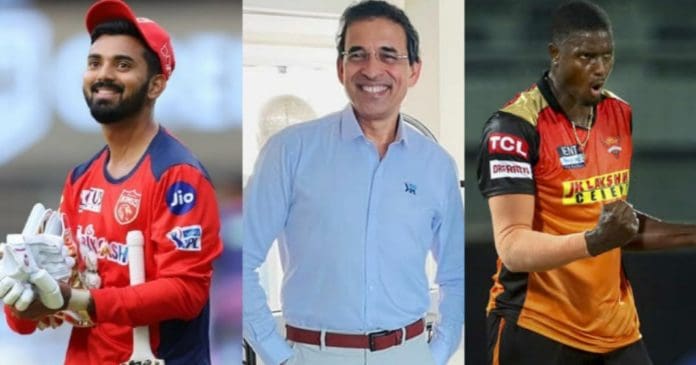 The 2021 edition of the Indian Premier League came to a close with Chennai Super Kings defeating Kolkata Knight Riders by 27 runs in the summit clash. For a season that was spread across close to seven months, a number of brilliant performers emerged. In this article, we take a look at the IPL 2021 team of the tournament according to popular commentator Harsha Bhogle.

In the previous editions of IPL, foreigners used to have a telling impact. However, it was the Indian cricketers who dominated the 2021 campaign of the competition. Both the Orange Cap and the Purple Cap had Indian winners this time around.

Although a few foreigners did consistently well, some of them were disturbed by the unexpected halt to the tournament. A few of them had availability issues, as well. This was also one of the reasons why a few overseas cricketers did not rank high in terms of statistics.

IPL 2021 Team Of The Tournament

Harsha Bhogle is one of the popular commentators in the game. His analysis of the game has many followers. Recently, on Cricbuzz, Harsha named his team of the tournament for the just-concluded campaign.

Harsha’s team has good balance with batting depth until No.9 along with seven bowling options. Apart from including cricketers who have been consistent throughout the season, Harsha also gave importance to players who were impactful. Hence, the likes of Jason Holder, Sunil Narine and Shimron Hetmyer made it to the squad. KL Rahul, Ruturaj Gaikwad and Harshal Patel made the cut based on the numbers while Avesh Khan and Faf du Plessis were one of the major names that were missing in the XI.