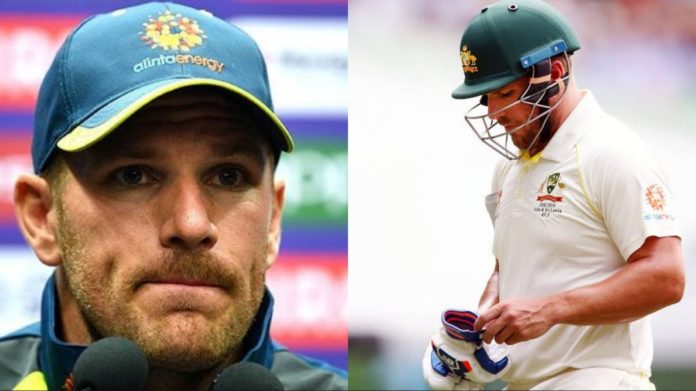 Australian T20I cricket team skipper Aaron Finch has hinted that he will never play Test cricket again for his country. The 35-year-old batter has played five Test matches for his nation. He made his debut in 2018 and played all of his five Test matches in that year only. His last appearance in Test cricket came against Team India during the 2018/19 Boxing Day Test match.

Speaking of his numbers in the longest format of the game, Finch scored 278 runs in five matches, with his highest score being 62. His batting average in Test cricket is 27.80, while he smashed two fifties for the Australian Test cricket team. Even though he has an impressive first-class record, Finch never got a chance to play for Australia in Tests after the 2018/19 Border-Gavaskar Trophy.

“I don’t think I’ll play again. There’s no point, I’m not going to play Test cricket again so the younger guys in our squad, there’s some really talented players, so there’s no point me taking up one of those spots when they can be getting really valuable game time.”

While Finch is not a member of the Test squad, he does play white-ball cricket regularly. In fact, he is the skipper of the Australian men’s ODI and T20I teams. The right-handed batter won the T20 World Cup last year in the UAE as the captain of the Australian side.