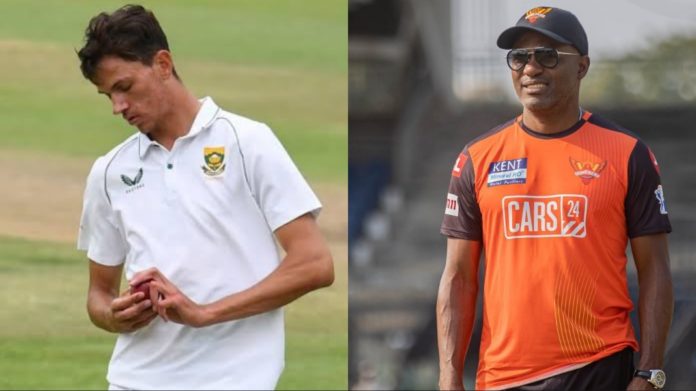 Sunrisers Hyderabad’s batting coach Brian Lara is not happy with the youngsters for their decision to leave Test matches for T20 leagues. Lara pointed out that the players come into the limelight because they perform well for their nation. A good performance in international cricket leads to a contract in any T20 league.

These two incidents have sparked a debate on country vs club, where most of the times, the club has prevailed. Giving his opinion on this matter, former West Indies cricket team captain Brian Lara told Sportstar:

“Playing for the country should come first. It’s disappointing to see young cricketers leaving Test cricket. The ICC should come up with a rule stating a cricketer must play a certain number of games for his country before he can play in the Twenty20 leagues. Something needs to be done.”

Interestingly, two members of the Sunrisers Hyderabad squad could have played for South Africa in the ICC World Test Championship series against the Bangladesh cricket team. They are Aiden Markram and Marco Jansen. But both will now play for SRH in IPL 2022. It will be interesting to see how Brian Lara interacts with them because they prioritized T20 leagues.

In fact, the captain of the Sunrisers Hyderabad team, Kane Williamson, will not lead New Zealand in an ICC Cricket World Cup Super League series as well. SRH will open their IPL 2022 campaign against Rajasthan Royals on March 29, with almost all players available.