SwagCricket
Home IPL 2021 One Uncapped Player Each Team Could Retain If There Is A Mega-Auction...
Facebook
Twitter
WhatsApp
Telegram 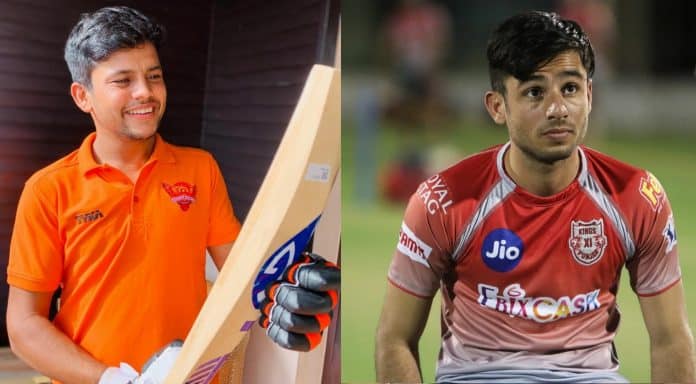 In the past few days, there are strong rumors which suggest that an IPL mega-auction could take place in 2021. A few reports even add that a new team would be floated for the upcoming season.

If that happens, the theories and calculations of retainments and RTM’s would come into the picture. As for the rules, they could be the same as in 2018. That would mean that the uncapped players would be allowed to be retained as well.

Although it’s not compulsory, retaining an uncapped player could actually be beneficial to the teams. If the player possesses so much talent, it is better to keep hold of him at a lower rate than bidding for him at a higher price at the auctions. On that note, in this article, we tell you, one uncapped player, each team could retain if there is a mega-auction in 2021.

Although he began on a sour note, Ruturaj Gaikwad showed exactly why he is rated so highly with some exceptional displays. His technique and temperament were impressive and oozed class throughout. If CSK has to retain an uncapped player, Ruturaj has to be the man. He has shown promise of becoming a good batsman, and CSK cannot afford to lose him now.

Delhi Capitals may not retain an uncapped player before IPL 2021. They aren’t too many, and none of them seem to have made the impact enough for retainment. Nevertheless, if there is an option, we think DC would go with Tushar Deshpande. The team’s batting unit is brim with young Indian boys, and it is the bowling that needs the tinkering. Tushar has shown glimpses of promise, and he would be the team’s best bet if they have to retain a rookie.

For a teenager, Ravi Bishnoi’s performances were exceptional. Although he went out of the track on certain occasions, he had the skills to come back in fine fashions. Moreover, he is a better option than Deepak Hooda and Arshdeep Singh if KXIP has to retain an uncapped sensation. Add to this, Ravi would become a better bowler under the guidance of Anil Kumble, and hence, that would work well for parties in the agreement.

If not for an unfortunate injury, Varun CV would have been an India player by the next IPL. However, things aren’t looking great now. He has to recover from injury and then impress the selectors again. Therefore, we feel KKR would have the opportunity to pick him as an uncapped player before the next auctions. The Tamil Nadu player has more to him than just mystery, and IPL 2020 was proof of the same. If he can keep up his good work, there is a long way to go for the player.

Of course, it would be a toss-up between Suryakumar Yadav and Ishan Kishan. However, since both these players are well in contention for the India spot, MI would be keenly waiting to know the last date for naming the retained players. That said, if neither of them gets to play for India before the next auctions, MI could go for SKY. He is a more established batsman and boasts of experience in the competition. Moreover, he is a local guy and would keep the fans happy as well.

With inconsistent performances this IPL, Shreyas Gopal has fallen behind the pecking order in the race to the Indian Team. Hence, he needs a big Ranji Season to turn things over. Therefore, RR could pick him as an uncapped player for the next season. That said, it might not be a surprise if RR leaves out Shreyas and goes for Kartik Tyagi. The young pacer is a bundle of potential and could offer more for RR in the long-term than Shreyas. However, we still feel Shreyas would be the first choice because of his experience.

Well, in your debut season itself, if you are the team’s highest-scorer, you can consider yourself as special. All the more, if you have beat the likes of Virat Kohli and AB de Villiers to earn the distinction, you are someone to look forward to. Devdutt Padikkal is currently in this situation, and RCB would inevitably retain him for the upcoming editions. DDP is a talented youngster and can only get better in the coming years. RCB desperately needs quality men in the top-order, and with Devdutt, they could be assured of one.

Assuming that T Natarajan would have made his India debut, we feel Priyam Garg is SRH’s uncapped option when pondering about retaining players. Garg is an investment, and it is bound to give high returns. In one game in 2020, the youngster even showed his skills with a quickfire half-century. We believe that SRH must back him in the coming days, and help in his development as a cricketer.