Home Uncategorized Playing XI Of Every Franchise Using Current Squads If IPL Was A... 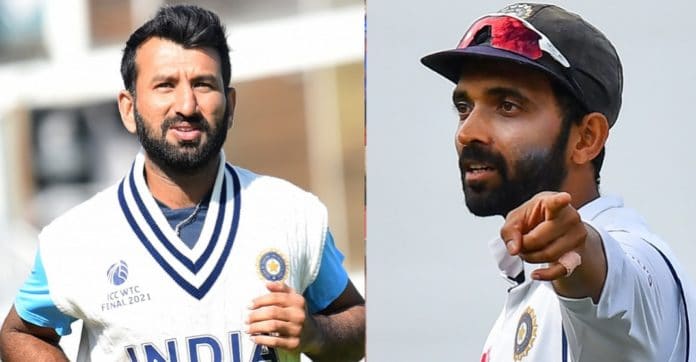 Indian Premier League is arguably the best domestic T20 league on the planet. It can also be said that IPL has played a crucial role in helping the format expand. In this article, we talk about a scenario if IPL was a Test tournament.

Of course, that would not happen, but if something like that materializes, how would the current squad’s line-up? Hence, without wasting much time, let’s head straight to the playing XI of every franchise if IPL was a Test tournament. Like the IPL rule, we have a maximum of four foreigners in each XI.

CSK was one of the best performers in the first half of IPL 2021. However, if they had to field a test XI, things could get difficult for them. MS Dhoni retired from Tests in 2014, and despite the rustiness, he will still make it to this XI for his wicket-keeping skills and captaincy. In this scenario, Cheteshwar Pujara will be the most important member of the XI.

Delhi Capitals Playing XI If IPL Was A Test Tournament

Delhi capitals will have a solid XI in this case. It won’t be a surprise if Shreyas Iyer himself misses out on this XI. The bowling looks delicious with the likes of Ishant, Ashwin, Woakes, Rabad and Nortje, with Umesh Yadav in the reserves.

This is one franchise that would struggle very badly. KKR’s current squad is full of players who are limited-overs specialists. That said, they do have some in-form Test players like Pat Cummins and Shubman Gill. Sheldon Jackson and Karun Nair will also play in this XI.

Mumbai Indians Playing XI If IPL Was A Test Tournament

Like KKR, even Mumbai Indians is full of T20 specialists, and hence, a Test XI would not be that strong. Nevertheless, with the likes of Rohit Sharma, Jasprit Bumrah, Quinton de Kock and Trent Boult, there is a strong core in place.

Although Punjab Kings has the right players at the right places, you may argue that the Test team might not be brilliant. Chris Gayle has done well in Tests in the past and will play for this XI. Mohammed Shami will lead the pace attack while Jalaj Saxena would be the first-choice spinner.

Rajasthan Royals Playing XI If IPL Was A Test Tournament

Rajasthan Royals’ core of Stokes, Archer and Buttler will yet again have to play an important role. Unadkat will assume more responsibility for this XI. Shreyas Gopal, Kartik Tyagi and Mahipal Lomror will form the domestic core of this unit.

Back in 2008, most branded the RCB as a Test squad. Well, if they had to field a Test team now, things will actually not be that bad. Of course, the likes of Virat and AB will yet again be a part of the core batting unit, but the team will benefit from in-form Test cricketers such as Kyle Jamieson and Mohammed Siraj.

Sunrisers Hyderabad Playing XI If IPL Was A Test Tournament

Sunrisers Hyderabad can actually field a decent Test team. While players such as David Warner and Kane Williamson can take care of the batting, the pace attack comprising Jason Holder and Bhuvi is also quite strong. Rashid Khan would continue to play for this XI, too.