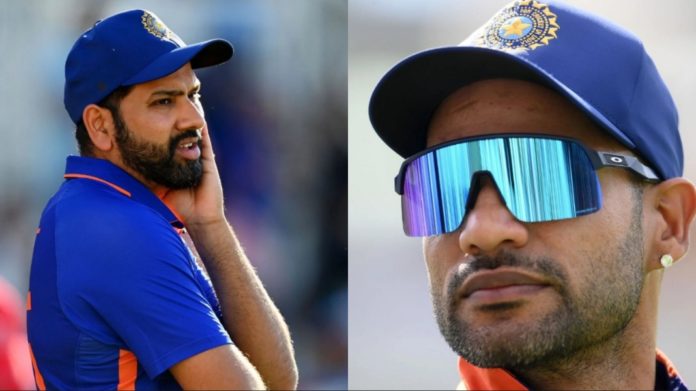 However, earlier today, in the second ODI against the England cricket team, Rohit Sharma and Shikhar Dhawan failed to score even a single run with the bat in the first ball 26 balls of the innings. It was on the 27th ball of the innings that the Indian batters scored a run from the bat.

The Indian cricket team won the toss at the Lord’s cricket ground and elected to bowl first. Yuzvendra Chahal scalped four wickets to help the visitors bowl their opponents out for 246 runs in the first innings. Chasing 247 to gain an unassailable 2-0 lead in the series, the Indian cricket team got off to a disappointing start.

Left-arm pacers Reece Topley and David Willey did not allow any runs from the bat in the first four overs. The first two overs had six dot balls each. On the second ball of the third over, a ball from Reece Topley clipped Rohit Sharma’s pads and traveled to the boundary, but they were four leg byes.

Shikhar Dhawan got off the mark on the 27th ball of the innings; Rohit Sharma got out for a duck

Most balls taken to score first runs off the bat in ODIs:

As per data available on ESPNCricinfo, the most balls taken by a team to score runs off the bat in ODI cricket was 26. It was by South Africa against New Zealand in 2002.

India took 27 balls, with Shikhar Dhawan taking a single with the bat on the 27th delivery. Rohit Sharma was back in the pavilion, while Virat Kohli played seven dot balls as well.