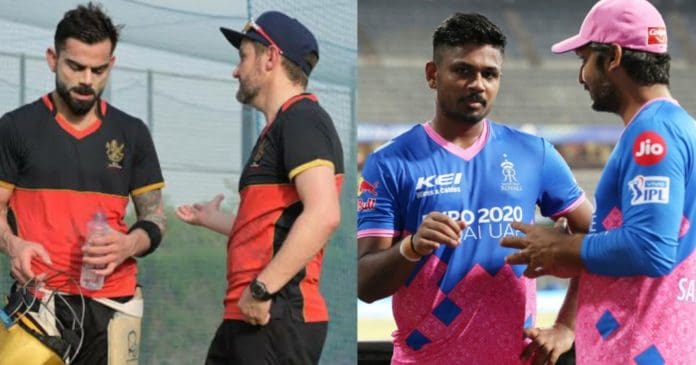 World’s grandest T20 cricket league, the Indian Premier League’s 2021 season, is set to resume from September after the tournament came to a stall earlier this year due to the sudden outbreak of the COVID-19 virus in bio-bubble.

After all that incident, the Board of Control for Cricket in India (BCCI) had to suspend the Indian Premier League (IPL) 2021, which later got rescheduled to September in the United Arab Emirates.

Punjab Kings won’t have the services of two of their top-quality bowlers, Jhye Richardson and Riley Meredith, both from Australia, who made their IPL debut this year.

Jhye Richardson played three matches this year, and the 24-year-old picked up as many wickets. Riley Meredith, too, was a good option for the Kings; in 5 games he picked up four wickets in IPL 2021. Both will miss the Kings, who are slotted in 6th position in the points table.

Rajasthan Royals will be missing the royal services of the 3 England internationals and their backbone players Jos Buttler, Jofra Archer, and Ben Stokes.

Jos Buttler, who has played 65 matches since his IPL debut in 2016, has scored 1968 runs with a strike rate of 150.0. This season itself, the English wicketkeeper-batsman has scored 254 runs in 7 matches, including a 124 runs inning against Sunrisers Hyderabad.

Jofra Archer and Ben Stokes, both the fast bowler to play in the IPL, are not available for the Royals. Ben Stokes played just one match and had to leave for injury, while Archer didn’t even participate in this year’s IPL due to injury. However, both are convenient players for the teams and will be a huge miss, along with Andrew Tye.

Kolkata Knight Riders will be missing the services of their Australian quick bowler Pat Cummins. Cummins doesn’t plan to join Kolkata Knight Riders for the rescheduled IPL 2021 due to personal reasons. He was bought for a hefty sum in the IPL auction and was a crucial team member in the 1st phase.

Pat Cummins played seven matches before the tournament was suspended and scored 93 runs with the highest score of 66 against Chennai Super Kings. He has also picked nine wickets. There were questions over KKR captain Eoin Morgan’s availability, but it is now confirmed that he will feature for the Kolkata side.

Sunrisers Hyderabad will miss Australian all-rounder Mitchell Marsh going into the 2nd phase of the IPL 2021. He was already unavailable for the 1st phase as Jason Roy replaced him. Mitchell Marsh has featured in 20 matches in his IPL career and has picked up 21 wickets and has scored 225 runs.

Finn Allen was brought in as a replacement for Joshua Phillipe, who was unavailable for the IPL 2021 after making his debut in IPL 2020 for the same side. The New Zealander, however, didn’t feature for them, while Phillipe is still unavailable.

Scott Kuggeleijn, who was also brought in as a replacement for Kane Richardson, won’t be available for the 2nd phase and Kane Richardson. While Adam Zampa quit IPL 2021 citing bio-bubble fatigue. The replacements have been already finalized by the Bangalore franchise.

Chennai Super Kings, Mumbai Indians, and Delhi Capitals will not have to worry about overseas players as all the players for the three teams will be available for the teams that have already reached UAE, where the rescheduled IPL 2021 will take place.