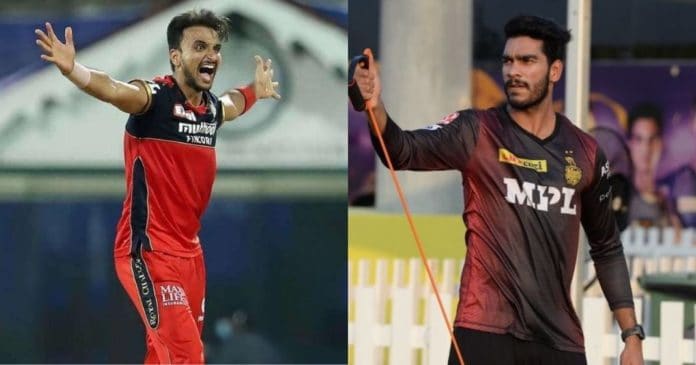 IPL 2021 happened in two phases. While the first phase was held in India, the UAE leg completed the event. Chennai Super Kings emerged as the winners and thereby added the fourth trophy to its collection. The hallmark of IPL 2021 was the emergence of a few talents from the uncapped category. We talk more about a few of them in the below headings.

Note: We have not considered the likes of Ruturaj Gaikwad, Devdutt Padikkal and Chetan Sakariya as they made their India debut after the first phase of IPL 2021.

Yashasvi Jaiswal struggled in IPL 2020 but proved why he is rated so highly with an exceptional show in IPL 2021. He did not get many chances in India but in UAE, Jaiswal was a consistent part of the Rajasthan Royals XI. He hit a few fifties and got them at a brisk rate which helped RR win a few games.

Rahul Tripathi is an opener, but for KKR, he mostly played at No.3 and No.4. He was the hero for his squad in Qualifier 2 as his six sent KKR into the finals. Previous to the game, as well, the Maharashtra player had executed many such similar knocks.

KS Bharat, Shahrukh Khan and Deepak Hooda will form the core of the middle-order of this XI of uncapped players of IPL 2021. RCB was struggling to get a No.3 but the issue was resolved with KS Bharat. Despite being known as a Test specialist, Bharat showed that he has got the mettle in the T20 format with a few fine performances.

Hooda started IPL on a good note but tapered off a bit in the UAE leg. Nevertheless, he did have a decent season and hence, makes it to this list. On the other hand, although Shahrukh Khan may not rank high in the run’s charts, in terms of impact, he has been terrific. He will surely get more chances in IPL 2022.

Venkatesh Iyer was a revelation in IPL 2021. He did not play a single game in India but in UAE, Iyer played all encounters for KKR and was one of the main reasons why his franchise reached the finals. Shahbaz Ahmed did well whenever he got the chance but he would want to improve on his batting to raise his stocks.

Punjab Kings’ pair of Ravi Bishnoi and Arshdeep Singh also did pretty well. Both the youngsters could get their chances for Team India in the coming months.