Home IPL 2022 10 Best Domestic Wicket-Keepers Assuming Each Team Will Own One In IPL... 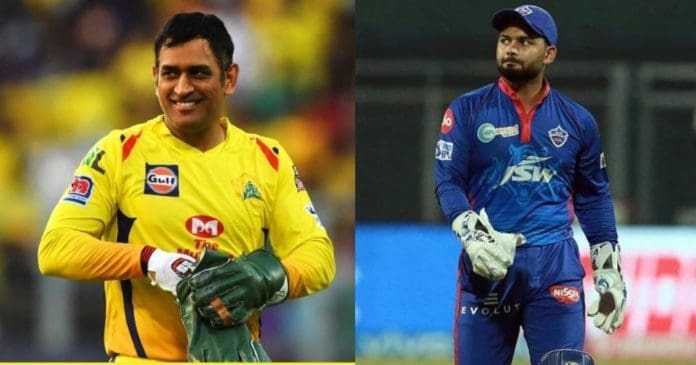 Domestic wicket-keeper is one category of players that is very important to an IPL franchise. Although a few teams do use players in the role, a domestic option goes a long way in helping the balance of the squad. In this article, we take a look at the ten best domestic wicket-keepers assuming each team will hire or have already hired at least one for IPL 2022.

Although he is above 40, MS Dhoni is still one of the best wicket-keepers in India. He still has got those quick reflexes and also offers plenty of value with his experience behind the stumps. With him retained, Chennai Super Kings now need not worry about the position. Of course, they will have to buy a reserve in case there is an injury during the course of the tournament.

Rishabh Pant is one of the top quality domestic wicket-keepers at the moment. In fact, across all formats for Team India, Pant is the No.1 choice behind the stumps. Delhi Capitals have retained Pant, who will also captain the franchise. Being a left-handed batsman in the middle-order, Pant’s presence is of invaluable value to the franchise.

KL Rahul started out as a part-time wicket-keeper but in the last few seasons, he has been a constant presence behind the stumps. Arguably the best batter in the last three seasons, his wicket-keeping skills are a massive bonus to the franchise. As per reports, the Lucknow franchise will sign him for IPL 2022.

Sanju Samson is also one of the best domestic wicket-keepers at the moment. The captain of the Rajasthan Royals, Sanju has also been consistent with the bat in recent years. He will play at No.3 for the franchise from next season.

Ishan Kishan is another keeper who has been doing well recently. Similar to Pant, Ishan is also a leftie and is someone who can bat across the batting order. Mumbai Indians have released him and the Jharkhand lad will surely be chased by one of the two new franchises.

Although his batting form might have declined, Dinesh Karthik is still a dependable name behind the stumps. Thanks to his fitness, he is likely to be available for at least three more years in the competition. Hence, one team is surely going to target him at the IPL 2022 auctions.

KS Bharat is one name that is being heard a lot in recent months. After his impressive show in IPL 2021, Bharat has followed it up with good performances in the domestic tournaments. Hence, as a backup or maybe even as a starter, Bharat could be targeted by some of the teams.

Vishnu Vinod is one player who could set the IPL 2022 auction on fire. He has been in great hitting form recently and has also added bowling to his attributes. Hence, the Kerala player will be in top demand at the auctions.

Wriddhiman Saha’s IPL stocks have reduced but he is likely to find a franchise due to his experience. One of the teams could hire him as a backup option.

Prabsimran Singh from Punjab is an aggressive opener who also keeps wickets. A few teams, who are on the lookout for such a player, will target the in-form youngster.

Some of the other domestic wicket-keeper options are N Jagadeesan, Sheldon Jackson, Sreevats Goswami, Mohammed Azharuddin and Anuj Rawat.