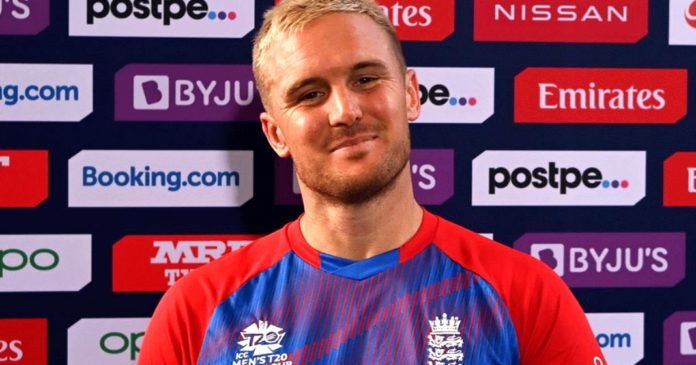 The England cricket team’s star opening batsman Jason Roy has finally opened-up on why he decided to pull out of the Indian Premier League (IPL) 2022 season and stay at home.

Jason Roy was picked-up by the newly formed Gujarat Titans in the recently concluded IPL 2022 for the price of 2 crore. However, the English explosive batsman later decided to pull out of the competition citing bio-bubble fatigue, having spent the previous couple of weeks in the PSL before the IPL.

Roy’s career in the Indian Premier League (IPL) has so been not so impressive and he had a chance to better his record when he was picked by the Gujarat Titans in the IPL 2022 Mega Auction. However, the right-hand decided to pull-out of the competition, however, he missed out on the opportunity to lift the title as Gujarat Titans eventually won the league.

At the time when he pulled-out of the competition, Roy cited bio-bubble fatigue as a major reason. Finally, the opening batsman has spoken in front of the media after his performance in the 2nd ODI against Netherlands.

While talking to Sky Sports, Roy stated that things were not mentally well for him in the PSL and felt like was in a weird place to be playing cricket inside a bio-bubble. He said that he was not happy and believe it to be dark times.

While talking about skipping the IPL, Jason stated that he pulled-out of the IPL to stay at home. “I missed the IPL to spend some time at home, and it has refreshed my mind and body, and I realised where I was at with a lot of things,” said Jason Roy.