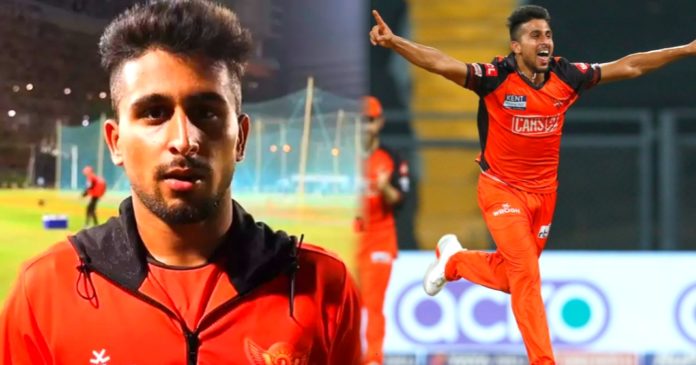 Sunrisers Hyderabad (SRH) fast bowler Umran Malik, who made a mark with his bowling performance in the recently concluded Indian Premier League (IPL) 2022, has revealed the name of whom he idolizes.

Umran Malik made headline during the last year’s Indian Premier League (IPL), i.e. the IPL 2021. He was not given much opportunities, but, whatever he got, he displayed his pace and as a result of that, Sunrisers Hyderabad retained the services of the pacer.

And, it turned a great decision from the management. Even though his economy rate was high than he may want, but he was at the best form of his life, regularly bowling at more than 150 KMPH, fastest being the 157 KMPH. The pacer has revealed that he doesn’t idolize some of the legends of world cricket.

According to Umran Malik, he never followed former Pakistan legend Waqar Younis, instead he follows Mohammed Shami and Bhuvneshwar Kumar.

A few days ago, former Australia fast bowler Brett Lee said that seeing Umran Malik reminds him of Waqar Younis. However, according to Umran, he never followed Waqar. In a conversation with the Indian Express, he said, “I have not followed Waqar Younis. I have a natural action. My idols include (Jasprit) Bumrah, (Mohammed) Shami and Bhuvneshwar (Kumar) bhai. I used to follow them when I was playing while coming through the ranks.”

Talking more about Umran Malik, he impressed everyone in IPL with his speed and accurate line length. In IPL 2022, he took 22 wickets in 14 matches at an average of 20.18. He is the youngest fast bowler to take 20 or more wickets in a season in IPL history. He was the fourth highest wicket-taker overall this season.

He made cricket giants his fans while bowling at a speed of 157 kilometers per hour last season. As the season progressed, Malik improved his line and length along with his pace and picked up wickets consistently. After seeing Malik’s impressive bowling, the Indian selectors also rewarded him for his hard work as he has been selected in the Indian team for the upcoming South Africa series.