Home IPL 2 Gujarat Titans players who have signed deals with other IPL franchise-owned... 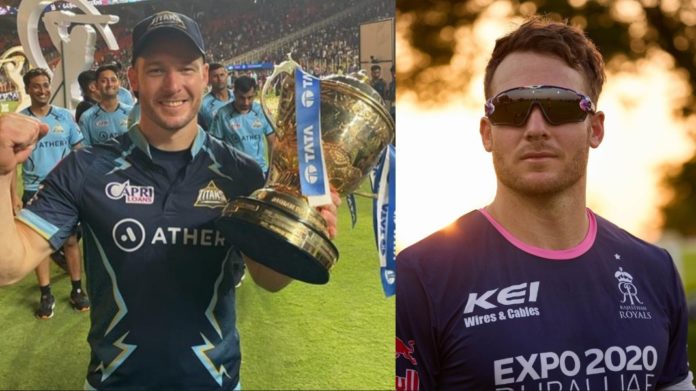 Gujarat Titans surprised everyone by winning the IPL 2022 championship earlier this year. Playing under the leadership of Hardik Pandya, the Ahmedabad-based franchise topped the points table in the league stage, won the Qualifier 1 and Final to capture the trophy.

The GT squad did not feature so many big names, but they had some good players who could play their respective roles to perfection. After their splendid performance for the Titans, some players also earned contracts from other IPL franchise-owned teams in the CSA T20 league and the UAE T20 League.

Fans should note that the Lucknow Super Giants have already bought a franchise in the CSA T20 League, but the Gujarat Titans are yet to buy another team. In this listicle today, we will look at two current GT players who will don the jerseys of other IPL franchise-owned teams in foreign leagues soon.

Rashid Khan is one of the best leg-spin bowlers in the world right now. He played for the SunRisers Hyderabad from 2017 to 2021 before joining the Gujarat Titans in 2022. Mumbai Indians were always interested in signing Rashid. SRH coach once revealed that they were asked by MI to trade Rashid. However, SRH declined then.

GT took advantage of the rule to sign three players before the auction as they roped in Rashid for INR 15 crore. Mumbai Indians also got their wish fulfilled this year as the MI Cape Town team has signed Rashid for the inaugural edition of the CSA T20 League.

David Miller played an integral role in GT’s Qualifier 1 win against the Rajasthan Royals during the IPL 2022 playoffs. He played one of the best IPL knocks of all time to help the Titans qualify for the final in their debut season itself.

Miller has joined the Barbados Royals in CPL and Paarl Royals in CSA T20 League. Both franchises are owned by the Rajasthan Royals.